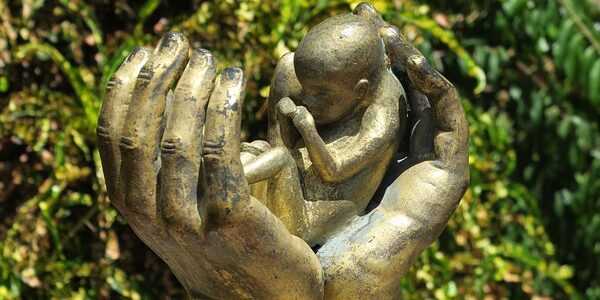 Abortion has returned to the headlines thanks to Texas’ “heartbeat law.” As the name suggests, this law outlaws abortions performed after doctors can detect a fetal heartbeat. This is one of several recently passed state laws restricting abortion.

The US Supreme Court will soon consider a challenge to a Mississippi law banning abortions after 15 weeks. A court majority may use this case as a vehicle to limit or even overturn Roe v. Wade, the 1973 decision in which the court declared a federal abortion right.

All who support limited, constitutional government should support overturning Roe. The Constitution does not give any branch of the federal government authority to decide what does, and does not, constitute murder. Therefore, federal courts — including the Supreme Court — have no jurisdiction to decide what the penalty should be for performing an abortion.

Overturning Roe would not create a nationwide abortion ban. Instead, it would return to the individual states responsibility for deciding what, if any, restrictions to place on abortion.

If supporters of abortion “followed the science,” they would have to admit that abortion is the taking of human life. A fetus with a heartbeat is developing, but is also still a human with a right to life.

The Biden Justice Department is supporting efforts to overturn the Texas heartbeat law in federal court. President Biden is also supporting the repeal of the Hyde Amendment, which forbids the use of federal funds for abortions. If Biden and Congress are going to use tax dollars to support abortions, then they should allow anti-abortion taxpayers to withhold the percentage of their taxes that would be used to support abortion. The same should go for those with moral objections to America’s militaristic foreign policy that forces US taxpayers to subsidize the killing of innocent men, women, and even children.

The Hyde Amendment does not completely protect pro-life taxpayers from subsidizing abortions. The amendment does not forbid organizations that promote or perform abortions from receiving federal money; it just forbids them from using for abortions the funds received from the federal government. Since money is fungible, a federal dollar going to a group that performs abortions to spend on their non-abortion-related activities frees up another dollar that can be used for abortions.

It is no coincidence that Roe v. Wade came at a time when respect for natural rights of life, liberty, and property was on the decline. Roe contributed to the decline in respect for rights and the rise in public and private immorality. These changes have led to violent crimes, people believing they have a moral claim — that must be enforced by the government — to the property of their neighbors, and acceptance of torture and “preemptive” war. The way to reverse these developments is to restore respect for the inalienable right to life, liberty, and property of all human beings, both born and unborn. The cause of life is inseparable from the cause of liberty.