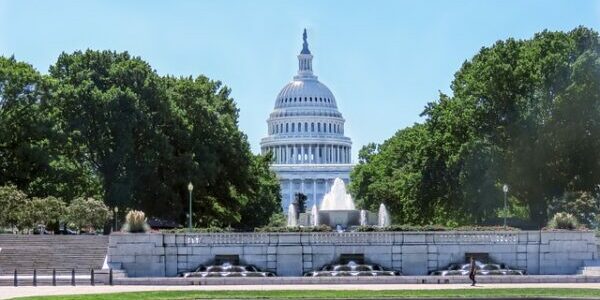 Not All Affirmative Action Is Bad

Some actions are always bad, some actions are inherently good, and some others can be bad or good depending on who does them—like Affirmative Action.

Currently, the federal government practices Affirmative Action in hiring, and requires that federal contractors do likewise. Representative Paul Gosar (R-AZ) wants to put an end to both practices.

He has introduced the Making Excellence Replace Identity Traits (MERIT) Act, legislation that would prohibit the federal government from engaging in Affirmative Action in hiring. This is one of the shortest bills ever introduced in Congress. Perhaps members of Congress will actually read it. The bill reads:

The Federal Government may not establish, implement, or otherwise carry out any hiring practice or program that uses affirmative action based on race, color, religion, sex, sexual orientation, gender identity, national origin, or disability as a basis for a personnel action with respect to Federal employees or members of the uniformed services, and no Federal funds may be provided to any entity (including Federal contractors (or subcontractors thereof)) that has in place any such practice or program.

Hiring decisions in the federal government should be based on the merit of the job applicant rather than quotas based on race, sex, sexual orientation, gender identity, national origin or ethnicity. The people deserve competency and merit, not racial or other bigotry, when the government hires someone. It is long past time to end government sanctioned racial discrimination.

The MERIT Act ensures that no federal funds are provided to any entity that has established a hiring program that uses affirmative action employment preferences. Eradicating the scourge of racial hatred is a priority for the country. The fact that the federal courts allowed such racially discriminatory policies in the first place is a problem only Congress can fix. Under the Constitution, all citizens must be treated equally. Merit and competence are the only two employment factors that should be considered.

I rarely say that a member of Congress has introduced a good bill. The good bills are the ones that repeal or eliminate some existing federal regulation, program, or agency. This is a good bill, except for the last part of it, the problem with which I will explain below.

In a free society, no one has the right to any particular job offered by any entity, from a small business to a global corporation or anything in between, regardless of whether he is fully qualified for it.

Therefore, employer discrimination for or against potential employees on any basis and for any reason (race, religion, sexual orientation, sex, gender identity, education, national origin, marital status, dress, physical appearance, disability, age, political affiliation) should be perfectly legal no matter how irrational, illogical, or idiotic it might seem to be. And naturally, in a free society, there would be no Equal Employment Opportunity Commission (EEOC) to handle workplace discrimination complaints.

So, if this is the case, then there is nothing wrong with a private employer taking affirmative action to hire men over women, blacks over whites, heterosexuals over homosexuals, Jews over Catholics, the young over the old, Democrats over Republicans, or members of any racial, ethnic, religious, or ideological group that he chooses, even if they are viewed as under-qualified or inexperienced.

Now, what’s missing in the debate about this bill is that the federal workforce is too large and that there are too many federal contractors. According to the Congressional Research Service, over 2.1 million federal civilian employees work at federal agencies, not counting the Post Office, which employs about 580,000 people, not counting the legislative and judicial branches, which employ another 64,000 people, and not counting the 1.4 million active duty uniformed military personnel, but this is also a subject for another article.

Affirmative Action, when practiced by private concerns, is neither good nor bad. It is simply exercising freedom of choice and freedom of association, which are essential parts of a free society.