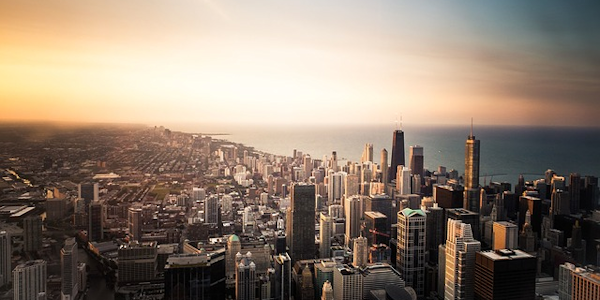 Messrs. Falwell, Graham And Jeffress, Cat Got Your Tongue?

Jerry Falwell Jr., Franklin Graham and Robert Jeffress are constantly in the news promoting, defending, excusing, protecting, condoning and glorifying Donald Trump. Their mouths run a hundred miles an hour in defense of this narcissistic reprobate.

Christian pastors have overlooked, justified and excused the most repulsive, indecent and unscriptural acts and attitudes in order to stay on the smiley side of Donald Trump. It is no hyperbole to say that these men have lost the most precious commodity they had to keep supporting Trump: their honor.

To maintain the position of toady to Donald Trump, these so-called men of God have surrendered everything that would identify them as men of God. They have lost not only their honor but their integrity, their honesty, their credibility, their decency, their manhood and their role as Christian “leader.”

Trump has sucked everything good and decent out of them. They stand before America and God “wretched, and miserable, and poor, and blind, and naked.” (Revelation 3:17) For the rest of their lives, no one will be able to take these men seriously; no one will be able to hold them in high esteem that is deserving of a man of God; and no one will be able to believe anything they say. They gave it all to Donald Trump for him to drag in the mud and muck and filth of his perverse and degraded swamp.

Think of all of the sermons and speeches these “Christian leaders” have delivered to youngsters, extolling the greatness of honesty, morality, courage, Bible convictions and Christian piety. Think of all the times they taught their followers to do right no matter what the cost, no matter who you offend, no matter what the rich and powerful say. Do right! Think of the lessons they taught from the great men of the Bible. Think of how they lauded Joseph’s purity, Elijah’s courage to single-handedly face off against the king and his preacher toadies, Jeremiah’s faithfulness in the face of the worst possible persecution and the Apostle Paul’s willingness to rebuke his dear brother in Christ, Simon Peter, for the latter’s pathetic appeasement of Judaizers. It’s all just hot air now.

How many young people are being driven from the faith because of the compromise, cowardice and capitulations of Messrs. Falwell, Graham and Jeffress? How many people who were listening to these men with interest have now become hardened antagonists against all men of God, thinking these popular, celebrated Christian “leaders” represent preachers everywhere?

Most of America has run out of patience with these pathetic pandering preachers. I know I have. All of this mess that we see playing out in front of our eyes every single day is not Trump’s fault. He is what he is, and everybody—and I mean everybody—knows who and what he is. No! It’s Messrs. Falwell, Graham and Jeffress’ fault. Their crass cowardice and godless groveling have transformed Donald Trump from a simple amoral, brash, thoughtless, self-serving egomaniac into a wannabe messiah and tyrant. They have truly created a monster.

Trump’s encroachment on all things holy and sacred reached its zenith last week when Wayne Allyn Root wrote the following about President Trump:

They love him like he is the second coming of God…But American Jews don’t know him or like him. They don’t even know what they’re doing or saying anymore. It makes no sense!

But that’s OK, if he keeps doing what he’s doing, he’s good for all Jews, Blacks, Gays, everyone. And importantly, he’s good for everyone in America who wants a job.

Okay. What Root said was the dumbest, most absurd, idiotic and stupid thing anyone could say, but everyone has a right to say stupid stuff in this country—well, in theory, anyway. But not only did Trump not let the absurdity lie unmolested (which would have been bad enough), his pride and ego were so elevated that he had to repeat Root’s man-worship in a series of presidential tweets. In a heart condition of arrogance and blasphemy, Donald Trump put the presidential stamp of approval on Root’s nonsense by tweeting it—word for word—to the world. Then Trump concluded Root’s silly statement with a simple acclamation of approbation, “Wow!”

Any REAL Christian, any REAL gentleman, any REAL leader of men would have repudiated this deity-comparing glorification and taken his place at the foot of Christ’s Cross with all humility and honor for his Creator and Redeemer.

But, no! Trump accepted his comparison to “the King of Israel.” He accepted the accolade, “They love him like he is the second coming of God.”

What Root said was blatant blasphemy, but what Trump did was greater blasphemy. In pride, arrogance and total self-exaltation, Donald Trump accepted for himself messiah-like status; he accepted the worship of men.

This act of blasphemy follows Trump’s blasphemy in which he used the Lord’s name in vain at least twice in one speech at a rally in North Carolina. I didn’t hear Messrs. Falwell, Graham and Jeffress rebuke Trump for his blasphemy in the Tar Heel State, and I haven’t heard these “great men of God” breathe a word of rebuke for Trump’s blasphemous tweets.

What’s the matter, Mssers. Falwell, Graham and Jeffress? Cat got your tongue? By your silence, you are giving tacit approbation to Trump’s blasphemies.

These evangelical “Christian leaders” have repeatedly told Trump that he is “the Chosen One.” All of them: Paula White, Benny Hinn, John Hagee, Kenneth Copeland, Falwell, Graham, Jeffress, et al. They have all gushed over Trump like he’s some kind of messiah, some kind of savior. So, why should we be surprised when Trump calls himself “the Chosen One”? Why should we be surprised when he accepts the worship of men that compares him to “the King of Israel” and “the second coming of God”?

I am not at all surprised at Trump’s blasphemy. Trump has been blaspheming God all of his adult life. However, I am surprised—no, I’m disappointed beyond belief. I’m saddened, chagrined and thoroughly disgusted. No! I am angry! I am angry that men who have the eyes and ears of the nation on them, men who are purported to be “great men of God,” men who, by virtue of their public position, represent not only God but Christian people everywhere have sold their souls and the soul of our nation to a blasphemer.

What difference does it make which political party wins office when America’s Christian leaders surrender their integrity and Biblical convictions to a blasphemer simply because he has an “R” behind his name? What difference does it make whether one is a liberal or conservative when America’s men of God sell their spiritual birthright for a mess of political pottage?

Regardless of the reason, however, America is now devoid of national Christian leadership. It’s gone, totally and thoroughly gone. It was sold for 30 pieces of the Jewish Sanhedrin’s Trump-faced third temple silver coin.

Oh, that reminds me, I didn’t hear Messrs. Falwell, Graham and Jeffress utter a peep when billionaire Zionist Miriam Adelson made the appeal to give Donald Trump his own book in the Bible, either (after Trump gave her the Medal of Freedom). I guess the cat got their tongue again.

P.S. Speaking of the Jewish Sanhedrin and Miriam Adelson, last Sunday, I introduced what I believe is one of the most important books for Christians to read. It was written in 1805 by British parliamentarian George Peter Holford. The name of the book is The Destruction Of Jerusalem. The subtitle is An Absolute And Irresistible Proof Of The Divine Origin Of Christianity.

As a result, the vast majority of Christians know next to nothing of the destruction of Jerusalem. The great truths that God taught through this seismic event are all but lost to today’s Christians. The lack of knowledge and understanding about the destruction of Jerusalem is a sign of the great “falling away” that has taken place in the Church over the past one hundred years.

Drawing from the eyewitness testimonies of the great Jewish historian Josephus and others, Holford paints a literary picture of the destruction of Jerusalem that the reader will never forget.

I feel this is one book that every Christian MUST read. If you don’t read any other book besides the Bible this year, read The Destruction Of Jerusalem by George Peter Holford.

Order The Destruction Of Jerusalem here.

Published in FAITH and US