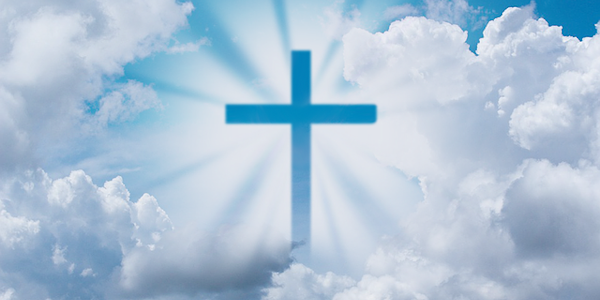 This coming Lord’s Day is Resurrection Sunday, and the vast majority of America’s millions of Christians will celebrate Christ’s resurrection from the dead by either being locked out of their churches due to government-mandated lockdown orders or by staying home voluntarily in a state of fear.

America’s churches stayed open through the Revolutionary War, the War of 1812, the War for Southern Independence, the Spanish-American War, World War I, World War II, the Cold War, the Great Depression and untold numbers of famines, pestilences and natural disasters of every kind.

Think of it: When the German Luftwaffe was at the peak of its air raids over London, England, British Christians still gathered together in bombed-out, gutted church buildings to worship. I’m sure the same could be said for the Christians in Germany as Allied bombers were destroying entire German cities.

But, now, with the acclaimed “greatest Christian president in history” sitting in the Oval Office, the vast majority of America’s Christians are forbidden to attend Resurrection services this Sunday.

There is something mighty wrong with this picture, and, sadly, most Christians don’t even seem to notice.

For many millions of Christians, Easter is a time to celebrate the resurrection of Jesus Christ. Others may celebrate the arrival of spring and the promise of new life. Whatever one’s beliefs, after several weeks of mandatory “stay at home” orders and the complete shutdown of the US economy over the coronavirus, this self-destructive hysteria must end and we must reclaim the freedom and liberty that has provided us so much opportunity as Americans.

To do that we should first understand that much of the hysteria is being generated by a mainstream media that has long prioritized sensationalism over investigating and reporting the truth. Government bureaucrats are also exaggerating the threat of this virus and appear to be enjoying the power and control that fearful people are willingly handing over to them. One “coronavirus” bureaucrat even told us that we can no longer go to the grocery store! So we should just starve?

It is certainly possible to believe that this virus can be dangerous while at the same time pointing out that radical steps are being taken in our society – stay-at-home orders, introduction of de facto martial law, etc. – with very little knowledge of just how deadly is this disease.

On March 24th, the CDC issued an alert stating that doctors should classify “probable COVID-19” or “likely COVID-19” as Covid-19 deaths. Perhaps that explains the seeming drop-off of pneumonia deaths this year and the simultaneous spike in Covid-19 deaths as some researchers have reported.

The BBC reported last week that, “At present in the US, any death of a Covid-19 patient, no matter what the physician believes to be the direct cause, is counted for public reporting as a Covid-19 death.”

Does that sound like a scientifically sound way of determining how deadly Covid-19 really is?

What is most dangerous is that although this virus will eventually disappear, the assault on our civil liberties is not likely to be reversed. From this point on, whenever local officials, county officials, state governors, or federal bureaucrats decide there is sufficient reason to suspend the Constitution they will not hesitate to do so. Anyone who challenges the suspension of the Constitution “for our own good” will be labeled “unpatriotic” and perhaps even reported to the authorities. We have already seen hotlines springing up across the country for Americans to report other Americans who dare venture outside to enjoy the sun and build up their vitamin D protection against the coronavirus.

Did the framers of the Constitution fail to add an 11th Amendment to the Bill of Rights saying, “oh by the way, none of this counts if we get sick”? Of course not! Those who wrote our Constitution understood that these rights are not granted by the government, but rather by our Creator. Thus it was never a question as to when or under what conditions they could be suspended: the government had no authority to suspend them at all because it did not grant them in the first place.

Our country is far less at risk from the coronavirus than it is from the thousands of small and large authoritarians who have suddenly flexed their muscles across the country. President Trump would do well to end this ridiculous shutdown so that Americans can get on with their lives and get back to work.

Americans should remember the tyrants who locked them down next time they go to the ballot box. Let’s demand an end to the shutdown so we can resurrect our economy, our lives, and our liberties!

The encouraging thing is that there finally seems to be people in government and medicine that are starting to speak out about the tyrannical, unconstitutional and downright Naziesque tactics being implemented by federal, State and local agencies that are using the coronavirus as the pretext for Martial Law and despotism.

Here is an Internal Medicine physician.

Here is a county sheriff.

Here is a State governor.

Here is a MIT biologist.

Here is a Doctor of Pharmacy.

None of these scholars and luminaries is saying the virus isn’t real and people are not dying from it; they are saying that ambitious Big Government zealots in the media and power-mad government bureaucrats and politicians are using the virus to spread fear and panic throughout society with the endgame being the loss of God-given, constitutionally protected liberties.

As Ron Paul said, “What is most dangerous is that although this virus will eventually disappear, the assault on our civil liberties is not likely to be reversed. From this point on, whenever local officials, county officials, state governors, or federal bureaucrats decide there is sufficient reason to suspend the Constitution they will not hesitate to do so.”

If the pastors and Christians of America would ALL return to church this Sunday, this nationwide Stalinesque lockdown would immediately end. It would be over. And We the People would have our country back.

The Christians of America could do it in ONE DAY.