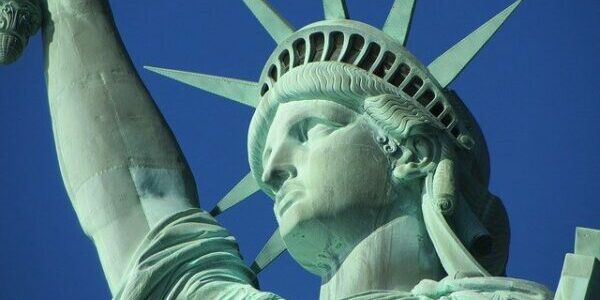 Is the United States in Her Death Throes?

Something very unAmerican is afoot in the Biden regime and the entirety of the Western World.

In the interview with Vera Sharav, which I posted yesterday—https://www.paulcraigroberts.org/2021/09/14/western-people-are-no-longer-free/ — the well known human rights activist pointed out the extraordinary fact that the elected presidents of Western governments are issuing Covid edicts as if they are dictators.

In other words, the elected leaders in democracies no longer understand their constitutional roles and are willing to attempt to use power that they do not legally or constitutionally have. This fact implies that the population in general, including the bar associations and law schools, are comfortable with the idea of a Fuhrer.  Klaus Schwab, the director of the globalist World Economic Forum and advocate of the “Great Reset” is using the orchestrated “Covid Pandemic” to alter the relationship between people and government to one of overlordship by the elite. Schwab has many allies, including the Democrat Party in the US and in the EU Commission.

The Nazi in the Oval Office expresses himself this way:

“Many of us are frustrated with the nearly 80 million Americans who are still not vaccinated, even though the vaccine is safe, effective, and free.”  As it is an established fact that the vaccine is neither effective nor safe, why is Biden lying? What is the real agenda?

The “many of us” do not include the millions of Americans who refuse the dangerous injection, which is not a vaccine.  The  mRNA vaccines are an experimental technology the consequences of which are unknown.  According to the vastly underreported official adverse vaccine databases in the US, UK, and EU, millions or people have been injured by the vaccines, some seriously and permanently, and tens of thousands have died. Many experts expect the death rate to rise with time from the consequences of the injection releasing the spike protein into the human body where it attacks vital organs.

The “many of us” do not include those trusting souls who believed the narrative and took the injections, such as one of my friends who has lost the use of his legs. The vaccinated injured now know that they were deceived.

So who are the “many of us” of whom Biden speaks?  Does he mean Bill Gates, Klaus Schwab, Tony Fauci?  What are they up to?

This is a question that you must give serious thought.  It is entirely possible, as Vera Sharav says, that the Western Elites have decided to eliminate the idea that government is accountable to anyone but them.  Indeed, we the people are to be held accountable by the elite.

Things have been moving in this direction for some time, and now the elites have Covid and the orchestration of fear that provides openings for their transformation of the form of Western government.

It is difficult to believe that the elite would make its grab for power without first involving the courts, but we are seeing courts, at least initially, curtailing the power grab—https://www.theepochtimes.com/mkt_breakingnews/federal-judge-blocks-new-york-state-health-care-worker-vaccination-mandate_3997114.html?utm_source=News&utm_medium=email&utm_campaign=breaking-2021-09-14-2&mktids=90cb01f04acca1c4ef9dc5a63cda8043&est=crqpaUfnoYkRGz8Iy1ycsdbkH3L8fxYZ5b1NzSmHy2ZpjkuIqMDehw%3D%3D

We are also seeing defiance from state governors and lawsuits against the Biden regime by state attorney generals—https://www.theepochtimes.com/mkt_breakingnews/arizona-ag-sues-biden-administration-over-covid-19-vaccine-mandate_3997302.html?utm_source=News&utm_medium=email&utm_campaign=breaking-2021-09-14-2&mktids=90cb01f04acca1c4ef9dc5a63cda8043&est=ak3wfll%2FEhxq1VPIHZAY14kM4cHk5eBE8ncRUFD%2BNXrUWaEkcRxRsw%3D%3D   The Biden regime says it will smash the defiant states.

What should concern us about the Biden inoculation mandate is not only its unconstitutionality but also that there was not a single person in the White House Legal Counsel or the Biden Department of Justice (sic) who understood or could be bothered to point out to Biden that the President and the executive agencies do not make law.  Congress makes law, regardless of whether they make law for special interests or for the people.  Biden can ask Congress to pass laws mandating coerced vaccination, but Biden cannot declare them with an edict.

What Biden is attempting is what occurred in ancient Rome when the Roman Senate gave up its law powers to a Caesar.

Will the Congress of the United States abolish itself by allowing the executive to seize its law-making powers?

Will the courts look the other way and permit the rise of dictatorship?

These momentous questions will soon be resolved, apparently without any input from the American people.

In Europe and in England people are in the streets protesting the efforts to consolidate tyranny.

But not in America inhabited by insouciant, brainwashed, indoctrinated, sheeple.