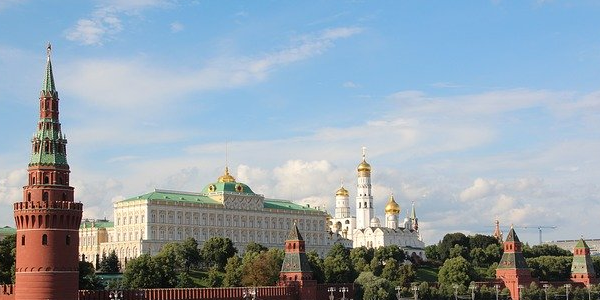 Is the Russian Government as Insouciant as the American People?

Something is wrong in the Russian government and in the governments of former Soviet Republics.

The president of Ukraine stood aside and disarmed his police and Putin went off to the Olympics, while Washington-financed “Maidan protests” overthrew the Ukrainian government.  Now it seems to be happening again in Belarus.

One would think that after Ukraine, Belarus and Russia would clamp down on their traitorous internal oppositions financed and led by Washington.  But no. They continue to permit a Washington-funded operation to overthrow themselves.

The Russian and Belarus governments permit oppositions that are financed by Washington and serve as agents for Washington to challenge their every election, action and decision.  This is the behavior of governments that have no sense of self-preservation.

The Russian government even fell into the trap laid for them when they agreed to send opposition leader Navalny to Germany to be treated for a serious health condition that developed while Navalny was traveling by airliner from Tomsk to Moscow. There was an emergency landing of the airliner in Omsk and Nalvany was rushed to a Russian hospital where his life was saved. But Washington-financed “opposition leaders” alleged Navalny had been poisoned and demanded he be sent from the Russian hospital to Germany for investigation and treatment.

It was deplorable enough for the Russian government to allow itself to be put in a situation that implied public acknowledgement that German medicine was superor to Russian medicine and that Nalvany was unsafe in a Russian hospital. But how could the Russian government have overlooked that in Washington-controlled Germany Navalny would be declared to have been poisoned on Putin’s orders? It was completely obvious that this would happen. https://www.rt.com/russia/498893-german-clinical-investigation-suggests-moscow/

If Russia wanted Navalny dead, why was there an emergency landing of the airliner?  Why not simply let him die on the flight? But facts don’t matter in propaganda operations.  Will the Russians ever learn?  MH-17, the poisoning of the Skripals, Russian invasion of Ukraine, Putin conspiracy with Trump to steal the US presidential election, Russian bounties paid to Taliban to kill US troops occupying Afghanistan.  Russia this, Russia that.  It is endless. Each time the Russians take refuge in the facts to no avail.

As the Russian doctors saved Nalvany’s life, there was no reason to enable another poisoning case against Putin by sending him off to Germany.  The Russian government would do much better if it ignored the various false charges instead of responding to them.  When it responds, it just keeps the story alive so that it reaches more people.

Perhaps the Russian government will listen to Belarusian president Lukashenko who says that the forces directing the ongoing political crisis in Belarus are aiming to attack Russia next—https://www.rt.com/russia/498732-lukashenko-belarus-protests-rt/