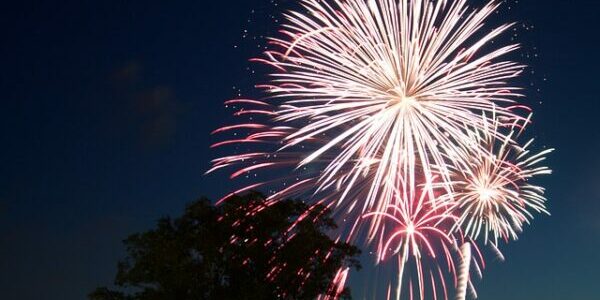 This Sunday, July 4, America celebrates the 245th anniversary of the adoption of our Declaration of Independence.

Why is it that, next to the birthday of the Savior of the world, your most joyous and most venerated festival returns on this day [Independence Day]? . . . Is it not that, in the chain of human events, the birthday of the nation is indissolubly linked with the birthday of the Savior? That it forms a leading event in the progress of the Gospel dispensation? Is it not that the Declaration of Independence first organized the social compact on the foundation of the Redeemer’s mission upon earth? That it laid the cornerstone of human government upon the first precepts of Christianity, and gave to the world the first irrevocable pledge of the fulfillment of the prophecies, announced directly from Heaven at the birth of the Savior and predicted by the greatest of the Hebrew prophets six hundred years before?

Adams was exactly right. The United States of America is the only nation in human history established by (mostly) Christian people upon 2,000 years of Christian thought—including being formed as a direct result of the Protestant Reformation—and God’s Natural Law principles and dedicated to the purpose of religious and personal liberty and equal justice under the law.

Not long ago, I was interviewed for another documentary movie (I’m featured in 14 full-length documentary films—and a new one for 2021 is in the queue). The producer asked me to iterate the basic principles upon which America was founded. Based on my study of the Declaration, Constitution, Bill of Rights and the copious supplemental writings of the Founding Fathers, here, I believe, are the principles upon which America was founded:

1. That man is created equal under God, and as such, human life is a sacred gift of God.

2. That the Natural rights of the individual are inalienable and superior to the will of the state.

3. That government exists to protect the Natural rights and liberties of man, not to provide man with public benefits and favors.

4. That a man is innocent until proven guilty, that he has the Natural right to a trial by jury and the right to a defense attorney.

5. That people have a Natural right to choose their own form of government.

6. That individuals have a Natural right and duty to bear arms for their own protection.

7. That the power and reach of the central government needs to be limited, being held in check by independent sovereign states and a well regulated and fully equipped militia.

8. That religious liberty is the core of America’s freedoms.

9. That the people have a Natural right and duty to alter or abolish any government that has become tyrannical.

10. That America would always be a constitutional republic.

11. That only sound money would be used as legal tender so as to keep the federal government from amassing excessive debt.

12. That America would always promote and protect a free market economy with limited governmental interference.

13. That a man’s home is his castle and his personal property can never be seized except by arduous due process.

14. That a free society depends upon the acceptance and application of God’s Natural Laws relating to the pursuit of happiness and peace, upon governmental adherence to the Law of Nations and upon upholding our Creator’s foundational moral code relating to human behavior.

15. That liberty depends upon the unfettered exercise of the Christian faith, including strong, uninhibited preaching from America’s pulpits.

When in the Course of human events, it becomes necessary for one people to dissolve the political bands which have connected them with another, and to assume among the powers of the earth, the separate and equal station to which the Laws of Nature and of Nature’s God entitle them, a decent respect to the opinions of mankind requires that they should declare the causes which impel them to the separation.

We hold these truths to be self-evident, that all men are created equal, that they are endowed by their Creator with certain unalienable Rights, that among these are Life, Liberty and the pursuit of Happiness. — That to secure these rights, Governments are instituted among Men, deriving their just powers from the consent of the governed, — That whenever any Form of Government becomes destructive of these ends, it is the Right of the People to alter or to abolish it, and to institute new Government, laying its foundation on such principles and organizing its powers in such form, as to them shall seem most likely to effect their Safety and Happiness. Prudence, indeed, will dictate that Governments long established should not be changed for light and transient causes; and accordingly all experience hath shewn, that mankind are more disposed to suffer, while evils are sufferable, than to right themselves by abolishing the forms to which they are accustomed. But when a long train of abuses and usurpations, pursuing invariably the same Object evinces a design to reduce them under absolute Despotism, it is their right, it is their duty, to throw off such Government, and to provide new Guards for their future security. — Such has been the patient sufferance of these Colonies; and such is now the necessity which constrains them to alter their former Systems of Government. The history of the present King of Great Britain is a history of repeated injuries and usurpations, all having in direct object the establishment of an absolute Tyranny over these States. To prove this, let Facts be submitted to a candid world.

We, therefore, the Representatives of the united States of America, in General Congress, Assembled, appealing to the Supreme Judge of the world for the rectitude of our intentions, do, in the Name, and by Authority of the good People of these Colonies, solemnly publish and declare, That these United Colonies are, and of Right ought to be Free and Independent States, that they are Absolved from all Allegiance to the British Crown, and that all political connection between them and the State of Great Britain, is and ought to be totally dissolved; and that as Free and Independent States, they have full Power to levy War, conclude Peace, contract Alliances, establish Commerce, and to do all other Acts and Things which Independent States may of right do. — And for the support of this Declaration, with a firm reliance on the protection of divine Providence, we mutually pledge to each other our Lives, our Fortunes, and our sacred Honor.

Here are a few statements from America’s founders after the Declaration was approved by Congress:

John Hancock said, “There! His Majesty can now read my name without spectacles. And he can double the reward on my head.” (The Crown had put a reward of 500 pounds sterling on Hancock’s head. That amounts to over $100,000 in today’s money.)

And never forget that John Hancock’s famous signature would not have even been on the Declaration of Independence had not Pastor Jonas Clark of the Church of Lexington and several of his brave parishioners risked their lives to save Hancock from the British troops who had marched on Lexington and Concord on April 19, 1775 for the purpose of arresting (and killing) Hancock and Sam Adams (who was also protected by the men of the Church at Lexington) and seizing the arms of the colonists.

George Washington said, “The preservation of the sacred fire of liberty, and the destiny of the republican model of Government, are justly considered as deeply, perhaps as finally staked, on the experiment entrusted to the hands of the American people.”

Thomas Paine said, “Those who expect to reap the blessings of freedom, must, like men, undergo the fatigue of supporting it.”

Stephen Hopkins, a signer of the Declaration from Rhode Island, said as he signed the document, “My hand trembles, but my heart does not.”

Indeed, Hopkins (and the rest of the signers) had reason to tremble. Of the 56 men who signed the Declaration of Independence, nine died of wounds or hardships during the war. Five were captured, imprisoned and tortured. Several lost wives, children or entire families. Two wives were brutalized and tortured. All were, at one time or another, the victims of manhunts and driven from their homes by British soldiers. Twelve signers had their homes completely burned. Seventeen lost everything they owned.

Carter Braxton, a wealthy planter and merchant, saw his ships swept from the seas by the British Navy. He sold his home and properties to pay his debts and died in rags.

Thomas McKean was so hounded by the British that he was forced to move his family constantly. He served in Congress without pay, and his family was kept in hiding. His possessions were seized by the British, and he died in poverty.

At the Battle of Yorktown, Thomas Nelson Jr. noted that British General Cornwallis was using his home for his headquarters. Out of respect to Nelson, General Washington refused to fire on the dwelling. Nelson privately urged Washington to open fire on his home, saying it was no longer his home but was now the headquarters of the enemy. The home was subsequently destroyed. Nelson died bankrupt.

Frances Lewis had his home and properties destroyed by the British. They jailed his wife, and she died within a few months.

John Hart was driven from his wife’s bedside as she was dying. Their 13 children fled for their lives. His fields and his gristmill were laid to waste. For more than a year, he lived in forests and caves, returning home to find his wife dead and all of his 13 children vanished. He never saw them again.

The two patriots most responsible for the Declaration of Independence, John Adams and Thomas Jefferson, both died on the same day: July 4, 1826—the 50th anniversary of the adoption of the Declaration. Daniel Webster gave the eulogy for both men on August 2 of that year. He concluded his remarks with these words:

Amen! This should be the living and dying sentiment of every American: