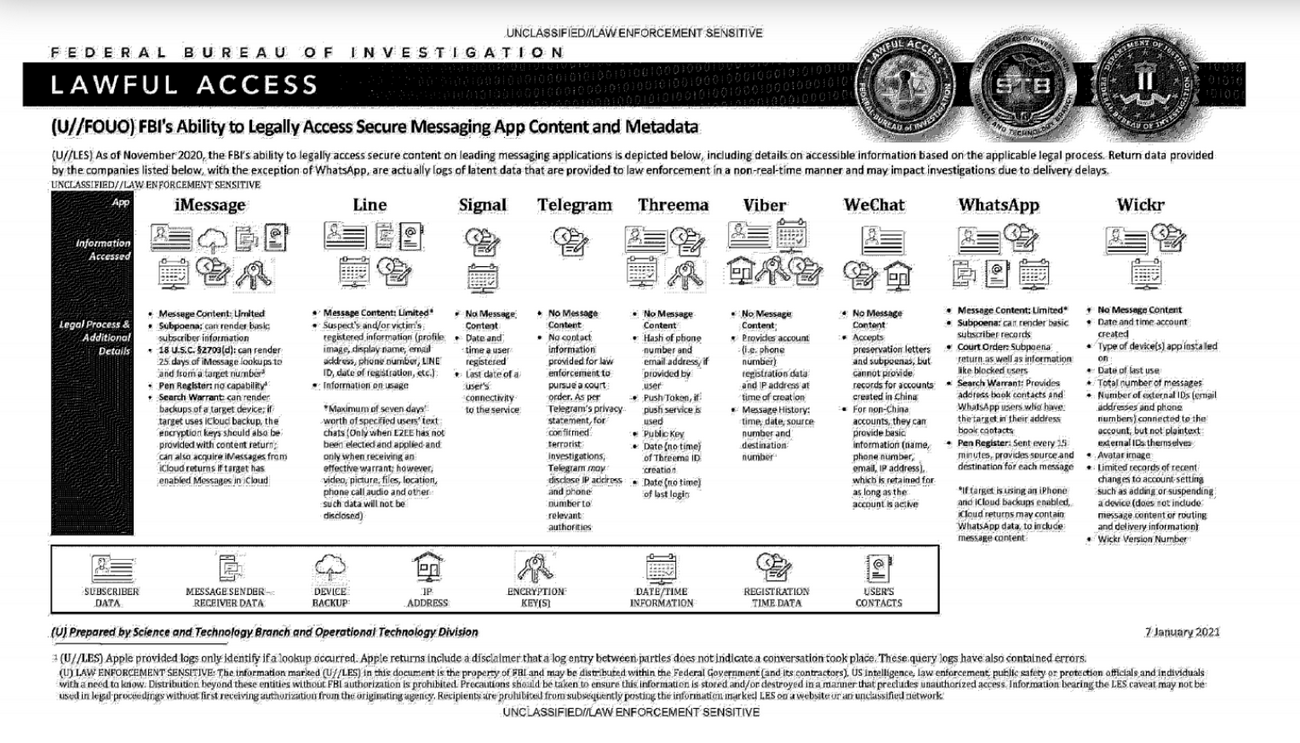 An FBI study guide has been made publicly available as part of a Freedom of Information law request filed by Property of the People, an American non-profit organization that deals with government transparency. The resulting document contains training tips for agents and tells about what kind of data can be obtained from the operators of various messengers and what legal permissions will be required for this.

The document is dated January 7, 2021 and, in general, does not contain any fundamentally new information, but it gives a good idea of ​​what information the FBI can currently receive from services such as Message, Line, WhatsApp, Signal, Telegram, Threema, Viber, WeChat and Wickr.

As noted on Twitter by Forbes reporter Thomas Brewster, it was previously known that the FBI has legal leverage to obtain personal information even from operators of secure messengers (which usually focus on confidentiality).

In general, the training document confirms that usually the FBI cannot access the encrypted messages themselves, but they can request other types of information that can also be useful in investigations.

Published in TECH and US