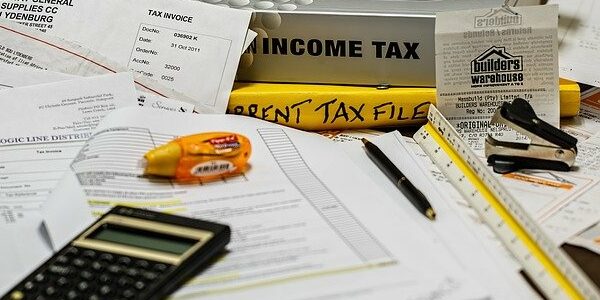 Every State With An Income Tax Is A Slave State

The headline might seem extravagant, but it is true. Readers might not realize its truth, because people tend to associate slavery with confinement, but that is incorrect. The slave was confined to his place of work, because that is where his labor was used and mobility in those times was extremely limited, not because confinement was a feature of slavery.

A slave is a person who does not own his own labor. His labor is owned by another. On 19th century plantations about half of a slave’ output was used to feed, clothe, and house him. In other words, the slave was taxed at 50%. The other half was return on the capital the owner had invested in the slave. According to economic historians, earnings on the investment varied over time but seldom was extravagant. Slavery was brought to the British colonies not because it was profitable, but because there was no other labor force to work the fertile land. Some historians concluded that the return was declining and that slavery was on its way out.

In medieval times, serfs were less productive than slaves in the 19th century. Historians I read decades ago concluded that the productivity of labor was so low in medieval times that if more than 30% of a serf’s labor was claimed by lords, the serfs could not reproduce and would revolt.

In modern times, the slave’s labor is owned by the state and collected through an income tax. If the tax is progressive, the higher your income, the less you own of it. The highest paid have the least ownership of their labor or creatively or however you care to put it. Prior to the Reagan tax rate reduction during 1981-83, the highest US earners only owned at the margin 30% of their labor income. A head of household faced a 54% marginal tax rate at $44,700 of annual income and a 70% marginal tax rate at $161,300 of annual income. They met every definition of a 19th century slave but one. They could refuse to work and not be whipped for refusing.

In 1952 and 1953 the highest marginal tax rate in the US was 92%, and was 91% for all other years between 1944 and 1963. This pretty much made the rich more exploited than medieval serfs and 19 century slaves. But we never hear about reparations for the rich.

With the large incomes of billionaires, 37% comes close to being their average tax rate. To avoid handing over 37% of their labor to a government (plus state income taxes), the really rich try to structure their income so that most of it is in the form of capital gains. Currently, long-term capital gains are taxed at 15% or 20%. (Some types of gains can be taxed at 25% or 28%.) Some readers might recall that some years ago, Warren Buffet, one of the world’s richest persons, said that his secretary’s income was taxed at a higher rate than his. That was true, because his secretary’s income was wages, and his income was capital gains.

There is much dissatisfaction with the low capital gains tax rate, especially as capital gains are associated with the rich. But consider a couple of points. Suppose you buy stock for $50,000 and the stock price drops so that your holdings are reduced to $45,000. As you haven’t sold, you only have a paper loss. But suppose the stock pays a $4,000 dividend, keeping you almost whole at $49,000. That is pre-tax. You have to pay income tax on the dividend. You end up taxed on holdings that have declined, not risen, in value. You were taxed on a decrease in your net wealth.

Next, consider this point. Generally speaking, there is no such thing as a capital gain. Look at it this way. Your $50,000 investment rises to $60,000. You sell and have, according to US tax law, a $10,000 gain on which you must pay income tax. After you pay the tax, your holding is less than $60,000, the replacement cost of what you sold. In other words, you had no gain. You had a decline in net worth by the amount of the tax.

In an equity market in which the Fed is not making the super-rich richer by pumping liquidity into stock and bond prices, share prices rise because the company is becoming more profitable, perhaps from better management, perhaps from better technology, perhaps from new products, perhaps from offshoring its production. The rising income is being taxed by the corporate income tax, by income tax on executive bonuses, by income taxes on dividends. In other words, the rise in stock price has already been taxed in these ways. To tax it again as a capital gain is deceptive.

There is a real form of capital gain. Suppose a government puts a new road through property. The  value of property with road frontage goes up. That is a capital gain to the owners created for them by taxpayers. Classical economists believed that it was this kind of gain that should be taxed, not labor and investment income. To classical economists it was nonsensical to reduce GNP by taxing labor and capital.

To provide another example, suppose a new subway line is constructed in a city. The property adjacent to the stations will rise in value. If this rise in value were taxed, it would pay for the construction instead of taxpayers having to pay.

Governments are always deceptive about taxation. In the US legal forms of slavery were abolished in the 19th century. But the Revenue Act of 1913 resurrected slavery with the income tax which assigns ownership of part of a person’s labor to the government. Years ago I told the tale of the income tax, and wish I could find it.

The income tax was used to lower tariffs and to cover the lost revenue with a tax on income. The states had to approve an income tax. To secure approval, the schemers brought the tax in with such low rates on such high incomes that only 3 percent of the US population was subject to the income tax. A one percent tax was imposed on incomes above $3,000, a high income in 1913, and a top tax rate of six percent on incomes above $500,000, an unimaginable income in those days.

Once the tax was on the books, World Wars I and II provided ample excuse for widening the tax net and raising the rates. It seems that the people are always outsmarted by governments.

It has always puzzled me that with all the talk about slavery and reparations for American black people no one ever focuses on the income tax as the reimposition of slavery. Today not all black Americans live on welfare. Many of them work. The fact that they earn means they are subject to the income tax, which means that they, like 19th century slaves, do not own their own labor. Reparations would just be corrupting like welfare. Blacks and the rest of us would do much better to focus on reclaiming the ownership of our own labor and tax the real forms of capital gains instead.

But this requires intelligence, one of the scarcest resources in the United States.