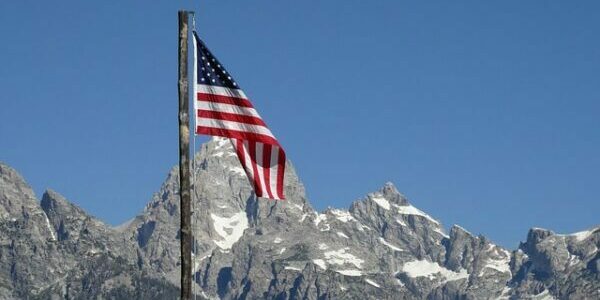 Does America Have a Future?

Glenn Greenwald Offers his Perspective on the Democrats’ “Trump Insurrection” Histrionics. Greenwald is on the money, but the situation for American is even more serious than he thinks.

Here is Greenwald’s explanation of the counterfactual reality created for us by Democrats:

“The orgy of psychodrama today [Jan 6, 2022] was so much worse and more pathetic than I expected — and I expected it to be extremely bad and pathetic. ‘House Democrats [waited] their turn on the House floor to talk to Dick Cheney as a beacon for American democracy,’ reported CNN’s Edward-Isaac Dovere. Nancy Pelosi gravely introduced Lin-Manuel Miranda and the cast of Hamilton to sermonize and sing about the importance of American democracy. The Huffington Post’s senior politics reporter Igor Bobic unironically expressed gratitude for ‘the four legged emotional support professionals roaming the Capitol this week, helping officers, staffers, and reporters alike.’ Yesterday, CNN’s Kaise Hunt announced: ‘Tomorrow is going to be a tough one for those of us who were there or had loved ones in the building. Thinking of all of you and finding strength knowing I’m not alone in this.’ Unsurprisingly but still repellently: Kamala Harris today compared 1/6 to 9/11.”

“That the January 6 riot was some sort of serious attempted insurrection or ‘coup’ was laughable from the start, and has become even more preposterous with the passage of time and the emergence of more facts. The United States is the most armed, militarized and powerful regime in the history of humanity. The idea that a thousand or so Trump supporters [actually only a few hundred and probably more federal agents than Trump supporters], largely composed of Gen X and Boomers, who had [submitted to being] locked in their homes during a pandemic [real tough guys]— three of whom were so physically infirm that they dropped dead from the stress — posed anything approaching a serious threat to ‘overthrow’ the federal government of the United States of America is such a self-evidently ludicrous assertion that any healthy political culture would instantly expel someone suggesting it with a straight face.”

An example of what Greenwald is writing about is Debbie Wasserman Schultz, a US Congress person representing Florida’s 23rd congressional district, obviously a very sick part of Florida. Here is what she had to say to me on January 6, 2022:

Today marks one year since the horrific insurrection that put thousands of people in danger and took the lives of law enforcement officers who bravely fought to protect our Capitol.

This was one of the darkest days in our nation’s history, and the blame rests with conspirators like Donald Trump, who incited violence against our democracy. Now he and his far-right allies are doing anything they can to avoid accountability for what they did.

I refuse to let this happen, Paul. We must hold everyone involved with the violent insurrection responsible for their crimes and make sure nothing like this happens again.

This is exactly what the House committee investigating the Capitol insurrection aims to do. Add your name on this anniversary to demand accountability and support the mission of our investigation.

Being in the Capitol complex that day and experiencing what happened was horrifying for me personally and our nation. It showed us just how dangerous lies and conspiracies can be.

That’s why we must use this moment as an opportunity to prioritize truth and justice above all else and take action to protect our Democracy.

Paul, can you join me today in calling for the insurrectionists to be held accountable for their actions?

Thank you and stay safe,

As readers know, my confidence in America’s future is at a rock bottom low. The reason is the people Glenn Greenwald writes about, people like Debbie. It is extraordinary to me that any US Representative could be a person as completely uniformed and brainwashed as Debbie Wasserman Schultz.

During the alleged “Trump Insurrection” Trump was speaking to those Americans from all states who had rallied to his support at the Washington Monument a mile or two away. It is unclear whether the few hundred people at the Capitol were even Trump supporters. Many were federal agents and leftwing provocateurs there to undermine the Trump rally with an orchestration.

There was no violence except the black cop who shot and killed a white female veteran for no apparent reason. No charges were brought against the cop who was far more an obvious killer without a cause than Derick Chauvin.

Note that Debbie calls President Trump a conspirator against American democracy who brought dark days to our country’s history. She refuses to let this happen and urges me to demand accountability for Trump and his supporters for threatening American democracy. But there is to be no accountability, not even a believable explanation, for massive vote changes in swing states in the middle of the night with no poll watchers present.

Imagine, American Democracy threatened by a few hundred people walking around in the Capitol. What were they going to do? Issue orders to the military? Take over the TV stations? How was this “insurrection” going to happen? By sitting in Nancy Pelosi’s chair?

Debbie has shown us how Democrats and their media whores create counterfactual narratives. They do it in public with no shame, and what is even more terrifying Americans fall for it.

Here, for example, is Bloomberg presstitute David E. Rovella reporting: “A visibly angry President Joe Biden warned America that the deadly insurrection at the U.S. Capitol a year ago is part of a broader war on democracy by Donald Trump and other Republican politicians—one they continue to wage to this day. . . . Biden identified Trump as the leader of the campaign, and pledged a fight. ‘I will defend this nation,’ Biden proclaimed on Thursday. ‘I will allow no one to place a dagger at the throat of democracy.’” And this is a president who promised to unify the country!

When Americans elect pathological liars to rule them, how can there be any hope for America?

When a country left by the Founding Fathers to the protection of a free media finds itself instead with a propaganda ministry, how can the people be protected from government lies and tyranny?

Are Americans so weak, so cowardly, so brainwashed and indoctrinated that they cannot defend truth and their liberty?

It seems so. Either they allowed Democrats to steal the election or they voted for them. The only conclusion is that the American population is either insouciant or cowardly.

I can tell you one thing. This kind of American has no chance whatsoever of standing up to Russians, Chinese, and Iranians. The Democrat kind of American is more opposed to his own country and its values, and to white Americans who he has branded “racists,” than he is to powerful countries of which his moronic government has made enemies.

With the Democrats in control, hate America and hate white people is government policy. The United States has no future.