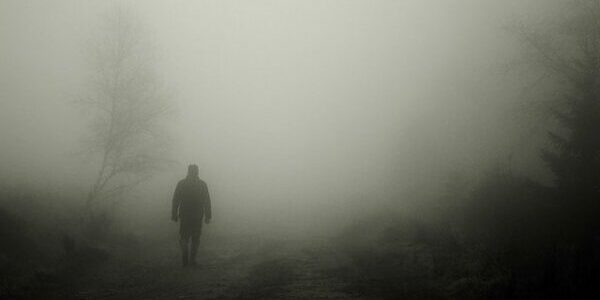 Do Victimless Crimes Have Victims?

I recently answered the question: “Do libertarians believe that nothing should be illegal?”

There I concluded that because “every real crime needs an actual victim—not a potential victim or a possible victim, but rather a tangible and identifiable victim who has suffered measurable harm to his person or measurable damages to his property,” there should be, as far as the law is concerned, no such things as nebulous crimes against God, religion, nature, society, humanity, civilization, the greater good, the public interest, or the state,” and that “there should be no laws against gambling, prostitution, ticket scalping, price gouging, pornography, or drug possession or use, unless such actions involve violating the personal or property rights of others—not their sensibilities, moral code, religion, customs, or traditions.”

One response stood out, and not just because it seemed sincere and did not denounce me with profanity. It basically said that victimless crimes do in fact have victims. Libertarians just “fail to recognize the victims.” The libertarian movement has been hijacked and is being harmed by people who “fail to acknowledge” the “real, quantifiable harm” of gambling, prostitution, pornography, and drugs (my critic had little problem with price gouging and did not mention ticket scalping).

Here are the exact statements:

But gambling harms gamblers AND THEIR FAMILIES. In Arizona, for instance, seniors gamble away their life savings and become dependent on their children and the taxpayer.

Prostitution harms the prostitute (she is often effectively a slave, since her handler is likely to get her on drugs so he can control her, and also likely to blackmail her if she quits), and when the man who visits her is married, it harms his wife. It breaches their covenant.

Pornography harms the minds and hearts of everyone who looks at it, and of many of the participants; again, the images are often used as blackmail to keep a woman enslaved to the industry.

Drug use can be a problem if the person drives while under the influence, or has a family to take care of and he can no longer do so, because he has impaired himself. It also wastes the investment of people who raised and educated him. Among other things. Drug dealers enslave others.

Where do I begin?

Does gambling always harm gamblers and their families? Is there any way to know what percentage of the millions of people who gamble at casinos in America every year are harmed by doing so? In almost every state, both young and old spend their last penny on lottery tickets, hoping and praying—against terrible odds—to win millions. Should all state lotteries be shut down?

How do we know that pornography harms the minds and hearts of everyone who looks at it as well as many of the participants? And why would a woman who voluntarily strips for money and allows herself to be filmed be concerned about getting blackmailed?

What if a drug user does not drive while under the influence and has no family? Should drug use be legal under these conditions? And I fail to see how a willing seller is enslaving a willing buyer by selling him something at a mutually agreed upon price.

There are so many more things that I could say.

And here are some related questions. Should tobacco be illegal because it is addictive, unhealthy, and a waste of money? Should junk food be illegal because of its responsibility for the obesity epidemic? The most destructive thing in America today, that affects people from all walks of life, and harms people more than gambling, prostitution, pornography, and drugs combined, is alcohol. To be consistent, advocates of making gambling, prostitution, pornography, and drugs illegal should likewise be crusading for alcohol prohibition.

And if someone feels that although gambling, prostitution, pornography, drugs, tobacco, junk food, and alcohol are harmful, they should not be illegal, then we have no quarrel. I have always, in my many articles on these subjects, maintained that these things are or could be addictive, financial ruinous, stupid, destructive, dangerous, a waste of money, a bad habit, a vice, immoral, or sinful. It is just not the job of government to prevent or discourage anyone from partaking of any of them.

Gambling, prostitution, pornography, and drugs are vices, but they are not crimes. I cannot improve upon the words of the great 19th-century classical-liberal political philosopher Lysander Spooner:

Just because someone directly engaging in vice may indirectly affect someone else, does not mean that a victimless crime has a victim.