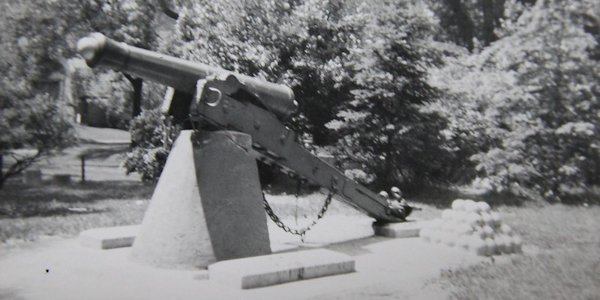 Did Bankers Foment the “Civil War”?

In my last two columns, sufficient evidence was provided that the Lincoln regime was an unconstitutional war crime regime and that the so-called “civil war” was an act of northern aggression against the South initiated by Lincoln for the  purpose of saving the Union. See: https://providencepost.com/lincoln-was-a-racist-and-the-civil-war-was-not-about-slavery/

Slavery was not an issue.

The Southern states seceded because the Republicans passed a high tariff.

For the North the issue was perserving the empire (saving the Union).

Now comes defense attorney and former public prosecuter John Remington Graham.  Was there a deeper underlying cause, an agenda unbeknown to the southern states and perhaps also to Lincoln?  Graham puts forward an intriguing thesis that bankers spent a decade fomenting hatred between North and South in order to provoke a war that would greatly increase federal debt, which the banks could acquire and use as reserves to support the issuance of money and credit.  Federal debt would become the reserve basis (like gold) for the expansion of the money supply. This power would give bankers control of the government.

“The divisive antagonisms between the North and the South, finally erupting in the spring of 1861, were not unfortunate historical accidents, nor the result of some inexorable momentum in events. Those anatagonisms, rather, were deliberately agitated during the 1850s by great international banking houses with a preconceived motive of provoking secession. And secession was to be used as a pretext for a bloody and expensvie war of conquest which was actually launched and carried out. The war was planned as a brutal slaughter, as it tragically became. The war was planned to generate a stupendous national debt, mostly represented by bonds, and such a national debt was in fact generated. The private interests acquiring these bonds successfully plotted to secure the passage of legislation which enabled them to convert the paper by them acquired in financing the war into a new and dominant system of banking and currency under their ownership and control. And those private interests fully succeeded in their sinister program, and set up a huge financial empire centered on Wall Street from which they have ever since governed the United States from behind the scenes.”

Graham’s evidence that hatred was intentionally fomented in order to stimulate a war is circumstantial, but strong.  Graham focuses on the questions of who financed John Brown’s raid on Harper’s Ferry, who financed the marketing of Harriet Beecher Stowe’s propagandistic novel, Uncle Tom’s Cabin, and turned it into an international best seller, and who financed the expensive and long drawn out legal case of Dred Scott?  These are honest and important questions.  Graham also stresses the role played in fomenting armed strife in Kansas by Stephen Douglas’ modification or repeal of the Missouri Compromise with the Kansas-Nebraska Act in 1854.

This will be followed by Graham’s analysis, “Transcontinental Railroads and the Repeal of the Missouri Compromise,” and by “The Case of Dred Scott.”  Once the reader is acquainted with some of the circumstantial evidence, I will attempt a review essay of Graham’s monograph. His intriguing thesis that “in order to stimulate a civil war within the United States, it was necessary to foment hatred between the North and the South” should spark a deeper investigation into the cause of the war.

The opening salvo in the campaign to sow hatred was Harriet Beecher Stowe’s Uncle Tom’s Cabin, first serialized in a newspaper, then as a book in 1852. It was not a reasoned argument against slavery. It had no basis in fact. It was pure fiction, reaching a melodramatic climax in a scene where the sadistic master Simon Lagree murders a kindly slave Uncle Tom who pleads, “Mas’r, if you was sick, or in trouble, or dying, and I could save ye, I’d give ye my heart’s blood; and, if taking every drop of blood in this poor old body would save your precious soul, I’d give ‘em freely, as the Lord gave his for me. O, Mas’r, don’t bring this great sin on your soul!” After more gaudy sensationalism, the awful moment: “There was one hesitating pause, — one irresolute, relenting thrill, — and the spirit of evil came back, with sevenfold vehemence; and Legree, foaming  with rage, smote his victim to the ground.”

This vindictive fabrication was published as a malicious libel against the Old South. It was mass marketed, requiring vast capital which could only have been supplied by the largest banking houses in the United States and Great Britain. This book was promoted lavishly like no other book had ever before been promoted in the history of Western civilization. The King James Bible and the Book of Common Prayer aside, ten times more copies were published and sold than of any other work then known in the English-speaking world.

Mrs. Stowe’s corny novel could not have gained a large readership without the kind of advertising and fanfare that only powerful connections and big money could assure. Pushing her work was like selling a low-grade Hollywood film today. It might be tasteless as so many films are, but with enough capital it is possible to sell almost anything. Northerners read Mrs. Stowe’s absurdity, and were outraged because they believed it was true. Southerners read her lie, and were outraged because they knew it was false. There was enough resulting anger in the air to generate the desire in men to kill each other, an essential ingredient of war — exactly what the financiers behind this “literary” production wanted.