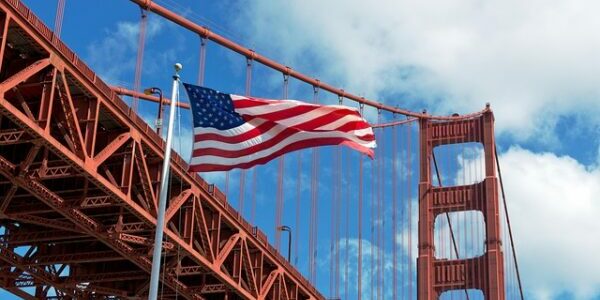 Democrats Have Issued A Death Sentence for White America

For the left, free speech was simply a means to gain power. The left claimed free speech for their subversive intentions. Now that they have achieved control on what can be said, denying freedom of speech to the rest of us is the way they control the narrative.

It is extraordinary that big business, long championed by conservatives and libertarians—the main groups whose speech is censored and suppressed often with lost of employment—is in league with the left in using censorship to control what Americans hear and think and in requiring white employees to submit to indoctrination that they are racists and must step aside for the black people they have oppressed.

You can see the “step aside” everywhere—university admissions, employment, promotion, the right to loot and burn down shopping districts of blue cities, and even in corporate advertisements. Despite the fact that white persons are still 60-70% of the US population only black models are used in corporate advertisements unless the corporations are pushing interracial marriage, which is a way to eliminate whiteness. In these ads the women are white and the men are black. https://counter-currents.com/2018/03/the-war-against-whites-in-advertising/.

It is certainly not more profitable to market to black persons than to white persons. It is as if US corporations do not want to reach white consumers in their ads. Anti-white ideologies have prevailed even over corporate greed! That should scare you to death.

Two decades ago when I pointed out that President George W. Bush’s assault on habeas corpus defied the US Constitution and returned Americans to the dungeons of the medieval era people were too focused on the “terrorist threat” to see the real threat.

No one wanted the US Constitution—a “mere scrap of paper” according to President Bush— to interfere with the “war on terror” and revenge on the Muslims who were framed in a false flag 9/11 in order that the Middle East could be destroyed for Israel.

When I pointed out that President Obama’s assertion of the power to execute American citizens on suspicion alone without due process of law amounted to murder by arbitrary power, no one wanted to hear any criticism of “America’s First Black President.” Criticism of Obama was considered racism.

Now it is the First Amendment that is being banned as racist. Free speech allows people to speak facts. But facts contrary to the ideological narrative are racist and cannot be spoken. In destroyed America today wokes even forbid the use of gender pronouns. If you call a female “female” or “her” you are in violation of speech codes, have committed a hate crime against transgendered, and are a candidate for being censored and cancelled.

And this country is said to be “indispensable,” “the light of the world,” the arbiter of truth and freedom, the hope of the world even as the US Constitution, which once gave hope to the world, is destroyed.

In America today white Americans no longer have the protection of the US Constitution. White Americans are oppressors to be “eliminated” in order that black people can escape oppression.

If you want to see your near future, read The Camp of the Saints.

America has failed itself as a country and its people as citizens. There is no community, no unity. White liberals in blue states look down on Republicans in red states as “white supremacists,” “domestic terrorists,” and misogynists. Blacks and “people of color” are taught by white liberals to hate white people. Blue school boards require critical race theory—a denunciation of white people and Western civilization—to be programmed into kids in taxpayer funded public schools and universities. The private schools and universities also preach the evils of whiteness.

Today in the Disunited States the main function of public and private education is the demonization of white people and Western civilization. Instead of being enculturated, American youth are taught hatred of their country and guilt for being white. They are brainwashed against themselves and their country.

The US, to which the allegiance of its population is being destroyed, masquerades as a superpower, the exceptional country whose hegemony is justified by its exceptionalism.

But this alleged “exceptionalism” is belied by the US teaching its soldiers, the main fighting component of which consists of white males, that they are racist, misogynist pigs who oppress and abuse women and blacks. If the indoctrination succeeds, how can this military force oppress people of color in the Middle East, North Africa, and Latin America?

If this indoctrination does not succeed, how can the anti-Americans in Washington who rule us expect a white male military, whom Washington has shown that it hates, to fight for Washington?

Is appointing a black Chairman of the Joint Chiefs of Staff enough? Are officers’ hopes of making major and lieutenant general, and becoming in retirement consultants to the Pentagon and defense contractors enough?

Will they all sell out their country for money?

Where are the Smedley Butlers today?