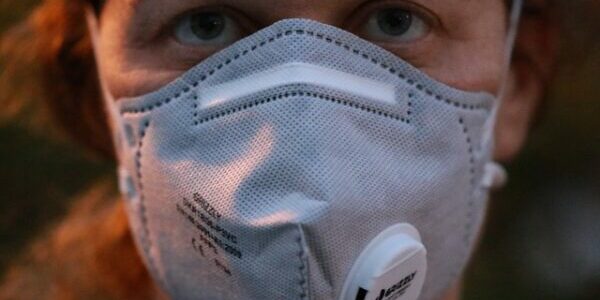 Covid’s Threat Is Greater Than Its Medical One

As readers know, I do not think that the Covid virus itself is a hoax.  From the beginning I have taken the virus seriously.  I reported the available information that the ability of the virus to spread threatened hospital capacity and could overwhelm the medical system.  I supported limited closedowns in order to reduce the rate at which the infection spread.

I reported that Vitamin C and D3 together with zinc and NAC strengthened the immune system against the virus.

I reported that the masks people are wearing are not N95 masks and thereby do not prevent inhalation and exhalation of the virus.  Some medical professionals have concluded that the masks do harm and no good.

As more information became available, I reported that the virus attacked in a different way than assumed and that ventilators rather than the virus itself were killing people.

When doctors discovered the HCQ cure, I reported that an inexpensive and safe cure was available.  I defended with evidence and expert testimony the effectiveness and safety of the cure from public health officials and other Big Pharma shills who intentionally discredited the cure in the interest of Big Pharma’s hopes to develop an expensive and mandatory vaccine. For Fauci and Big Phama shills, profit took precedence over public health and safety.

As more information comes available, we see that that the argument for another lockdown based on a second wave is based on increased testing using a test that produces false positives.  A test that experts know to be unreliable is the basis for the effort to renew the lockdown, mandate vaccination, and wear ineffectual masks to keep the fear alive.

Whereas I do not think the virus itself is a hoax, it is obvious that interest groups are serving their agendas by creating hoaxes around the virus.

One agenda is to maintain a high level of fear so that people will submit to the vaccinations that will mean tens of billions of dollars in profit for Big Pharma.

Another agenda is to blame Covid on Trump for calling for an end to lockdowns, not always wearing a mask, and supporting reopening of the economy. Democrats think this will boost their presidential chances.

Another agenda is to condition the pubic to accept control measures, like the ones in the movie, V for Vendetta, that destroy civil liberty and constitutional protections.  This enhances the power of the deep state over us all.

It is certainly the case that power and profit interests have dominated public health concerns.

One can understand why many view the Covd pandemic  as an orchestration.  The reports of Wuhan in China were frightening.  The lockdown and massive number of cases, the mortality of which were not known.  Despite the warning, the public health authorities in the entirety of the Western World were slow to take any measures and permitted the virus to infect the West..  No airline flights from infected countries were cancelled until after the virus was imported. Cruise ships continued to operate. No N95 masks were available. Measures, except in Sweden, were imposed that  themselves were harmful and perhaps caused more harm than Covid itself.

Big Pharma using its paid experts, whose research it finances, and NIH, CDC, WHO, and other allegedly “independent” agencies financially connected to Big Pharma, exaggerated the threat, ruined the economy with closedowns, and now uses a defective Covid test to orcherestrat a second wave of Covid.  This past week NPR had on air a former Obama official who said we are doomed unless we lockdown 90% of the economy and all wear masks at all times.  NPR’s “expert” did not know the difference between masks that protect and those that don’t.

And neither does most of the American medical profession. I have just completed my annual physical checkup.  Everywhere required a mask for entrance.  I wore a surgical mask and took with me a N95.  I told every nurse, every technican, every doctor, none of whom were wearing a N95 mask, that the masks they were wearing were useless, and I showed them the mask they needed if they were concerned about becoming Covid infected.

They were dumbfounded.  They had not a clue.  One doctor, a female from India, said, yes, you are correct, but we wear masks to reassure the patients who have been indoctrinated by the American media.

Covid is a danger, but so is life.  Why wreck the economy and civil liberty over this one danger, especially as the danger has been exaggerated?  Hardly anyone has died from Covid except people with co-morbidities.  These deaths are concentrated in the older age groups for the simple reason that the longer a person lives, the more morbidity the person has accumulated by poor health habits such as diet, smoking, alcohol, and lack of exercise.  These are the same morbidities that result in flu deaths.

Americans need to recover from their gullibiity.  Too many Americans believe the presstitutes and believe pubic authorities.  Too few Americans understand that every crisis, real or manufactured, is an opportunity for an interest group’s profit and power.

The explanations that Americans get are controlled to serve power and profit.  If the public doesn’t catch on, America is doomed.