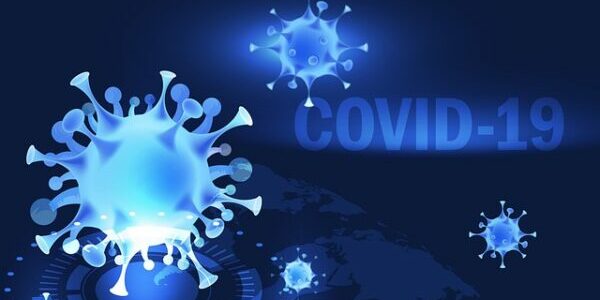 Since the NIH, CDC, FDA, WHO and the presstitutes began mass marketing their Covid vaccine campaign a year and a half ago, the dirty lying scum have been telling you that the vaccine is safe, bad reactions are “very rare,” the vaccine is 97.5% effective in its protection, and other outrageous lies.

The entirety of the Western world’s public health bureaucracies have not spoken a single word of truth.  The vaccine does not protect you.  To the contrary, it makes you ill.

Adverse reactions are not “rare,” they are commonplace.

The vaccine offers no protection against the virus.

Reports from everywhere are that the vast majority of new Covid cases are among the fully vaccinated.

The US, EU, and UK databases of adverse vaccine reactions show tens of thousands of deaths and over 5 million health injuries associated with the Covid vaccine. As the databases only capture between 1% and 10% of the adverse effects, the vaccines have done more harm than the Covid virus.

For the entirety of the time that the “pandemic” has been upon us, the official protocol enforced by CDC, NIH, FDA, and WHO has prevented known preventatives and cures—HCQ and Ivermectin—from being used to treat patients.  Eli Lilly has announced a new cure, but it has “been put on hold,” that is, blocked from usage.  Why has the medical establishment blocked treating Covid patients with known safe cures?

In clear words, the official medical protocol is entirely responsible for the Covid deaths. It was the lack of treatment, not the virus, that killed people.

Why were people not treated?  They were not treated because the absence of any known treatment is the sole legal basis for the use of an untested, unapproved, experimental “vaccine.”  The law is clear.  Unapproved vaccines cannot be used if there is a cure.

Both known cures and preventatives—HCQ and Ivermectin—were blocked by the protocol established to guarantee mass inoculation with the “vaccine.” The protocol guaranteed billions in vaccine profits and sharply rising share prices of vaccine companies. The “pandemic” has created enormous riches for those running the show.

As information pours in that the vaccine does not protect but does harm, the low grade moron appointed Defense Secretary by the election thief has ordered all US military personnel to be inoculated by a date in September.  An intelligent US Navy officer has pointed out that this order, in view of the known evidence, is detrimental to the national security of the US as the vaccine is known to fail to protect but is guaranteed to cause large numbers of illnesses and deaths among the troops.  https://www.paulcraigroberts.org/2021/08/17/us-navy-commander-j-h-furman-concludes-that-mandatory-vaccination-of-us-military-personnel-is-a-threat-to-us-national-security/

It seems that even the dumbshit US Secretary of Defense is in league with Big Pharma.  Little doubt he will be put on a pharmaceutical  company board and with his bonuses end up worth $100 million, good pay for a quota hire.

That is the way the American political system works.

Iceland, a small island country, has achieved a 95% fully vaccinated population, and Iceland, like Israel, which is also heavily vaccinated, is now undergoing a new virus pandemic. Where is vaccine immunity? Nowhere to be found.  According to the Iceland health authorities, 62% of those in intensive care are fully vaccinated.  80% of the most serious cases — those on ventilators — are fully vaccinated.

As I have examined many times, did the vaccine give otherwise healthy people Covid?  Are these vaccine injuries? Does the vaccine, as distinguished experts say, train variants to escape the vaccine and the human immune system, thus producing variants unconstrained by vaccines?

Until these questions are answered by expert analysis and agreement, anyone who gives a Covid inoculation is committing a crime against the patient.  Any patient who accepts the vaccine is driven by fear and peer pressure and is putting both his life and lifetime health at risk.

Americans and all peoples of the world who foolishly look to the US for leadership need to understand that the American health care system is dysfunctional.  Private medical practice is ceasing to exist. Obamacare and other legislated and liability factors are forcing doctors into becoming mere employees of massive “health care” organizations that protect themselves from liability by following the protocols laid down by NIH and CDC.  As NIH and CDC are in league with Big Pharma, the doctors are essentially following orders from the pharmaceutical companies.

Independent doctors can still think and use their training and skill to find a way to help their patients.  But the establishment is determined to extend its control over the remaining independent doctors.  To control independent practices, the establishment uses the power to revoke medical licenses.  This power is now being used against doctors who actually treat and cure Covid patients.

We brainwashed Americans hear so much about how we have free medicine instead of socialized medicine like Europe.  This is supposed to make us feel superior.  But what Americans have is a health care system dominated by Big Pharma.  In America health care serves profits, not health care.

The trouble with the West is that once the aristocrats, who had a sense of honor, even the corrupt ones, were driven out of politics, we only have dumbshits and the basely corrupted.

Consider for example, the Australian Health Minister who announced that 24,000 students will be injected with the deadly Covid vaccine regardless of parental objection.

The criminal’s name is Brad Hazzard. The criminal announced that the forced inoculation is “a golden opportunity” to become safe.  https://www.infowars.com/posts/watch-australian-health-minister-announces-24000-students-will-be-injected-in-stadium-without-parental-supervision/

Here we have the hubris of evil. Hazzard is appropriately named.  He is a hazard to 24,000 young Australians.  It is a wonder that no one has decided that 24,000 Australian youths are worth more than a murderous health minister.

In New Zealand the Prime Minister Jacinda Ardern, who from the look of her has an IQ of about 70, has put the entire country under lockdown because a single case of Covid, “likely the Delta variant,” was discovered in the city of Auckland.

Large numbers of the most distinguished and high ranking scientists on earth have said that the vaccine, at best, is a failure.  Nothing can be done about the Delta variant. No amount of vaccination, lockdowns, mask mandates.  All are impotent. The Delta variant will run through the population. The only solution is cures.  Known cures are known and in use by independent practices.  In India, Ivermectin completely stopped Covid in the districts permitted to use it.  https://www.zerohedge.com/covid-19/indias-ivermectin-blackout?utm_source=feedburner&utm_medium=feed&utm_campaign=Feed%3A+zerohedge%2Ffeed+%28zero+hedge+-+on+a+long+enough+timeline%2C+the+survival+rate+for+everyone+drops+to+zero%29

But in the great scientific all-knowing exceptional, indispensable superpower, all known cures are against protocol.

When I write that America is a totally dumbshit country, you now know what I mean. We have a “pandemic” because US public health officials have established a protocol, upheld by the presstitute media, that prevents treatment with known proven cures.  Instead, an experiemental “vaccine” is used to spread illnesses.

And the dumbshit American population sits there sucking its thumb while jobs are destroyed, freedom is destroyed, the Constitution is destroyed, and Tyranny is erected in their place.