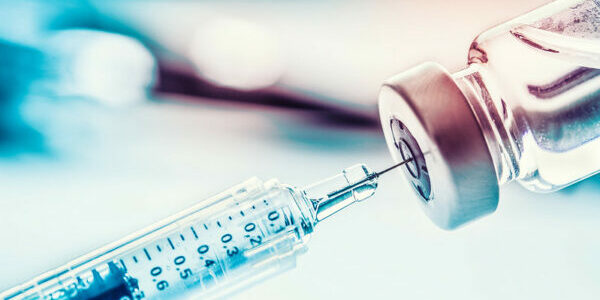 In past columns, I have shown how hundreds of thousands of people—of all ages, nationalities, occupations, health histories, etc.—have died after receiving one or more of the Covid shots. But here is a part of the story that is being largely overlooked; and it is grotesque and gruesome.

Here is the report from Health Impact News:

Now that we have a full year of injecting people with an experimental gene altering shot for COVID-19, we can conclusively state that this is most definitely a weapon of mass destruction, as it not only kills and cripples people in the present, but it destroys unborn children in the womb as well, and is most likely making an entire generation of child-bearing aged females infertile.

And the facts that support this statement are found in the government’s own database of Vaccine Adverse Events Reporting System (VAERS), as incomplete as that data set is.

To arrive at the number of fetal deaths recorded in VAERS I had to test several different searches on listed “symptoms” and then see if the search results documented fetal deaths, since there is no demographic for “fetal deaths.”

The following is the current list of “symptoms” in VAERS that reveals fetal deaths:

This list may not be exhaustive. But using this list with the last update in VAERS that contains data through December 31, 2021, I have found 3,147 fetal deaths recorded following the COVID-19 shots into pregnant women, or into women of child-bearing age who became pregnant shortly after receiving one of the experimental COVID-19 injections (such as ectopic pregnancies). (Source.)

THAT’S OVER 1 MILLION DEATHS IN JUST THE FIRST YEAR OF THE COVID-19 “VACCINES”!

You don’t believe it? Just look around you at the so-called “supply chain” bottlenecks that are getting worse, not better, and understand that there is NOT a shortage of products, but a shortage of HUMAN LABOR!

Using the “apples to apples” analysis of the VAERS data, I performed the exact same search on the symptoms listed above for all FDA-approved vaccines in the database prior to December, 2020, which is the month the first two COVID-19 shots were issued emergency use authorization.

That search returned a value of 2,479 fetal deaths following ALL vaccines for the previous 31 years, or an average of about 80 fetal deaths per year. (Source.)

Stop calling this a “conspiracy theory” and wake up!

This is population reduction planning. This is genocide. These are crimes against humanity.

THIS IS PURE EVIL!

EVIL is exactly what it is! As I keep saying: The entire Covid narrative is a devilish antichrist attack against the lives and liberties of all humanity. The sheer size and scope of the Covid tyranny proves that the source is supernatural: satanically supernatural.

Obviously, we have only begun to see the vast numbers of people who will eventually die from these kill shots, as it will take months and even years for some people to succumb to the experimental gene therapy drugs—but succumb they will.

But the focus of the report above magnifies another element of the fallout from these foul and felonious pharmaceuticals: The Covid shots are sterilizing a generation.

Young women are mostly not aware that they have been sterilized, and both they and their young husbands will learn the shocking truth a few years down the road.

And, at this point, we are not even yet aware of how the shots may be affecting the ability of young men to reproduce. But we have already read reports of how the U.S. birth rate has dropped significantly since the shots were rolled out.

Here is a report from the U.S. Census Bureau:

The U.S. population grew at a slower rate in 2021 than in any other year since the founding of the nation, based on historical decennial censuses and annual population estimates.

The year 2021 is the first time since 1937 that the U.S. population grew by fewer than one million people, featuring the lowest numeric growth since at least 1900, when the Census Bureau began annual population estimates.

When you think about it, this is a staggering report. Remember that immigration is at an all-time high in this country—adding multiple millions of people to the population. For the overall population to increase by LESS than one million means that the death rate—and non-birth rate—in 2021 skyrocketed beyond historical measures. And the only thing that could have contributed to this alarming anomaly was the Covid “vaccine” rollout.

The long-term psychological, emotional and spiritual trauma being caused by these demonic drugs is both incalculable and unfathomable. Heart-wrenching doesn’t begin to describe it.

On August 6, 2020, I wrote a column entitled We Are Facing The Greatest Assault On Our Civil Liberties In Our Lifetimes. In that column I wrote:

Bill Gates has long advocated for population reduction via pharmaceuticals. We already know about the Bill and Melinda Gates Foundation collaborating with WHO and UNICEF to insert sterilization drugs into a Tetanus vaccine that was injected into women and girls in Kenya in 2014 and 2015. Over 500,000 Kenyan women and girls are reported to have been unwittingly sterilized by these vaccinations. Moreover, this was done in several African countries. (See this report.)

Do you really think that Bill Gates and his pharmaceutical Frankensteins like Fauci would have any qualms whatsoever about surreptitiously sterilizing American women and girls?

Now the facts are coming forth that confirm that the Gates/Fauci/Trump/Biden Covid jabs are indeed sterilizing the women of not only America but the world.