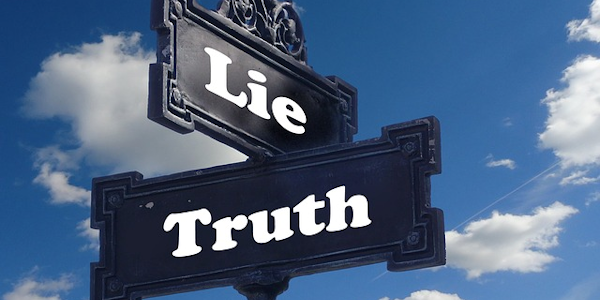 Can Truth Be Our Future?

On December 31 this website will be eight years old. It originated when readers called me out of retirement—all two months of it—and put me back to work. The readership has expanded dramatically, but the financial burden is carried by a relatively few core group of monthly donors, supplemented by responses to my quarterly calls for donations. These occur in March, June, September, and December. This is my quarterly call for donations in December 2019.

I never expected to still be working at my current age. It is hard work. Reliable information is harder and harder to come by, even on the Internet, which is filling up with websites sponsored by corporate interests, intelligence services, the Israel Lobby, and every interest group that benefits from controlled explanations. They control the print and TV media and NPR, and are gaining control over the Internet media.

The cost of this website is only partly monetary. Designated as a “dissident,” I pay for it by being labeled a “conspiracy theorist,” an “anti-semite,” a “holocaust denier,” a “Putin stooge” and “Russian agent,” a “crazy person,” and so on. Any low grade moron can create his or her website and take everything a truth-teller says out of context and demonize him or her—pronouns no longer considered legitimate. We have today the spectacle that people of no accomplisment or intelligence can put brands on distinguished persons of accomplishment. PropOrNot, a website set up to libel those who prefer peace to war with Russia, adds “leftwing” to my assortment of labels. PropOrNot even has a fake Russian postage stamp with my portrait to illustrate how highly I am regarded as a Russian asset. This must amuse the leftwing which sees me as a Reaganite conservative. https://usefulstooges.com/tag/paul-craig-roberts/

The purpose of these labels is to scare readers away from those labeled. “Conspiracy theory” was introduced into the media by the CIA for the purpose of preventing the public from paying attention to skeptics of the Warren Commission Report and was used again to protect the 9/11 Commission Report. The term is now used generally to protect controlled explanations. It works because most people are accustomed to letting others do their thinking for them and adopt as their own whatever beliefs are considered to be the peer group views. Noam Chomsky-also labeled a Russian agent by PropOrNot-has explained how consent is manufactured and how the meaning of democracy has been changed to rule by elites.

In the days of print media, it wasn’t possible to demonize a writer. Letters to the editor had to have a point and could not rely on ad hominum attack, although such attacks sometimes occurred. But anyone can create a website and begin demonizing people. Demonizers also have access to Facebook, Twitter, YouTube—-as long as they demonize those whose demonization is approved of by the ruling Establishment. Truth, however, is almost totally missing from the world created by the Digital Revolution, a great castrophe for mankind. I am almost convinced that the digital revolution means the death of truth. Truth will become a myth like the Unicorn.

On this website and a few others—the percentage of sites that are honest and reliable is very small—you can still get some of the truth. I try not to make mistakes, but in a world in which truth is not respected, it is a challenge to be truthful as truthful information necessary to write truthfully is suppressed.

I can confidently say that unless it is an announcement of a traffic accident (terrorist unrelated) or the death of some notable person, everything you read and hear from NPR and the print and TV media is false. The “news” is propaganda designed to control explanations to serve the agendas of the ruling elites. The “news” is nothing else. The “news” is extremely hostile to truth and to those who speak it.

We all live in The Matrix. I am still escaping from it. Recently, I have been sharing with readers my escape from the long ago WW II lies taught to me as a child. These lies are so institutionalized that I doubt that most Americans—and even Germans—will ever be able to free themselves from them. Think about that for a minute. The outlook of the human population is formed by lies, and these lies are so much a part of them that they cannot escape from them.

What shall we call a dystopia such as this?

History is generally a result of self-serving elites manipulating masses. But on occasion the masses have responded to leaders who spoke and acted in their interest. These are the rare periods of reform and revolution. I write for several reasons. One is out of a sense of responsibility to truth. One is out of hope that leaders will arise from truth.

Who values truth in a world when a man can declare himself a women and be permitted to compete against women in female sports? How can it be that when prominent female sports stars complain of this farce that they have to apologize for offending the self-declared “transgenered” person? Are we experiencing a new form of decadence far worst than Sodom and Gomorrah, worst than the declining days of Rome?

Who values truth when some non-entity can close down truth by declaring that it offends them?

Who values truth when it can no longer be expressed in universities?

Who values truth when dogmas cannot be examined or questioned?

Many years ago I read a science fiction story—don’t remember who wrote it or where—of a dystopia, a country where at birth babies were tested to see if they had a “truth gene.” If they did, they were exterminated. Truth was an enormous threat to the system, and every precaution was taken to suppress anything resembling truth.

The suppression of truth is the most serious problem of our times. It is the defining characteristic of every Western nation and all of Washington’s vassal states.

This website is fighting against the organized destruction of truth. If you value truth, you must support this website. Otherwise, you are an accomplice in the extermination of truth.