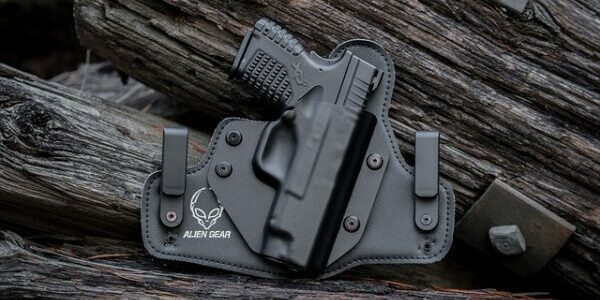 It didn’t take long. Only two months into gun-grabber Joe Biden’s term in office and there were two mass shootings. One took place in Atlanta, Georgia; the other took place in Boulder, Colorado. Think about it: Ever since the phony Covid pandemic began (over a year ago now), we didn’t experience a single mass shooting.

What happened? Were all of the crazies who kill people cured during the past year? Or were the swamp creatures in DC who mastermind these manufactured crises too focused on spreading fear and paranoia over the coronavirus that mass shootings were temporarily unnecessary to driving the big-government agenda? My money is on the latter.

And now that Joe Biden has announced his plans to enact draconian gun control measures that will utterly gut the Second Amendment, you can bet the farm that another mass shooting will soon take place to provide Biden and his goose-stepping lackeys in Congress the excuse to enact those measures.

Wow! That prediction came to pass quickly. Two mass shootings in less than a month from the day I wrote the above.

I am also on record as saying that I believe that the majority of America’s mass shootings are government false flags. It’s the only way that the totalitarians in DC have any hope of enacting their radical (and tyrannical) gun control agenda.

Anyone who is remotely familiar with federal law enforcement operations knows that the feds retain countless numbers of volatile and psychologically challenged wackos on the payroll as “assets” for a variety of off-the-books actions. These “assets” are available 24-7 to dark forces within the FBI, CIA, DHS, NSA, etc. Rarely does anyone in the local and State governments—including law enforcement—where these false flags take place know anything about them.

These murderous operations are planned and conducted by professionals who are in the employ of the U.S. government. They have all of the logistical and command support needed to be successful. They never fail; and they never get caught. In fact, these operations take place all over the world, not just in the U.S.

But the truth is, the American people have far more to fear from their own government in Washington, D.C., than they do an individual mass shooter.

In the first place, an armed citizenry is the BEST defense against any act of individual criminality. Professor Gary Kleck has irrefutably documented that armed citizens save over 2 million lives every year in this country. Put that on your ledger sheet of pros and cons of the right to keep and bear arms.

(Note: The CDC statistics that Professor KIeck used were taken from 15 U.S. states, not from all 50 states. A note to this effect is posted in the report above. But when all of the states are included and the numbers recalculated, the 2.1 – 2.5 million number of lives saved by armed citizens reported by Professor Kleck will be much higher.)

If our legislators in government—any government—truly wanted to help protect innocent life, they would get rid of these killing fields known as gun-free zones and eliminate the encumbrances to citizen gun possession.

Boulder is one of the most liberal cities in the State of Colorado, which means the Second Amendment is not very high on the list of priorities in Boulder—unless it means to infringe upon it. For all intents and purposes, just about every public place in Boulder is a gun-free zone. The people of Boulder have largely (and stupidly) disarmed themselves; there is no meaningful percentage of armed patrons in the vast majority of public places and events in the city. This was doubtless known to the shooter.

In the second place, while politicians in DC make a living off of feigned outrage over domestic violence, they spare no expense, time and effort in exporting violence all over the world.

It is not surprising that a culture that made media sensations of Ted Bundy, Richard Ramirez, and Charles Manson celebrated more “respectable” serial killers like George W. Bush, Dick Cheney, and Donald Rumsfeld when they unleashed their carnage.

It seems to me that the media’s glorification of the industrial-scale, state-sanctioned, military industrial complex murder machine does more to damage our collective psyche and diminish our sense of the preciousness of life than stories about lone murderers.

I’m less worried about the psychological effects of a serial killer documentary than I am about Americans’ ambivalence regarding their country’s war crimes committed in Yemen.

I’m less worried about ‘Seven’ inspiring a lunatic than I am about the US and UK killing people in Syria, Iraq, Afghanistan, and Iran.

I’m less worried about Ted Bundy’s body count than I am about the body count of Bush, Blair, Obama, Trump, and Biden.

And at this point, Attorney John Whitehead contributes this stark reality regarding our own federal government:

This is a government whose gun violence—inflicted on unarmed individuals by battlefield-trained SWAT teams, militarized police, and bureaucratic government agents trained to shoot first and ask questions later—poses a greater threat to the safety and security of the nation than any mass shooter. There are now reportedly more bureaucratic (non-military) government agents armed with high-tech, deadly weapons than U.S. Marines.

The U.S. government is the most violent entity in the world. It is responsible for the deaths of more innocent lives than probably the rest of the nations of the world combined.

Anyone who thinks that the federal government in DC is above taking innocent life inside the United States for its own socio/political purposes is naïve beyond comprehension. Let me cite just one example that came to light only recently (although you probably heard, saw or read nothing about it in the mainstream media).

Matt Agorist has the story:

Last month marked the 56th anniversary of the assassination of Malcolm X. Since that fateful day back in 1965, controversy has swarmed the case with conspiracy theories abounding. The official story happens to be one of the most flawed versions.

According to the official story, Malcolm X, born Malcolm Little in 1925, was assassinated by rival Black Muslims on February 21, 1965 while addressing his Organization of Afro-American Unity at the Audubon Ballroom in Washington Heights.

Three members of the Nation of Islam (NOI) — Talmadge Hayer or Thomas Hagan (a.k.a Mujahid Abdul Halim), Norman Butler (a.k.a Muhammad Abdul Aziz) and Thomas Johnson (a.k.a Khalil Islam) — were convicted of his murder in 1966 — despite glaring inconsistencies in the case

Following the release of a Netflix documentary series last year, that delved into these doubts, Manhattan District Attorney Cy Vance announced that his office was going to review the case. Little has come from this investigation and it looked like more lip service from officials.

Then, last week, a letter was released, reportedly written by Ray Wood who was an undercover police officer at the time. Wood’s attorney and family claim Wood wrote the letter on his deathbed confessing the NYPD and the FBI conspired to kill Malcolm X.

According to Wood’s cousin, Reggie Wood, who released the letter, Ray Wood wrote it after being diagnosed with stomach cancer back in 2011. His wishes were that the letter be released after his death. Because Ray Wood would go into remission, Reggie did not release the letter until now.

Raymond Wood, he said, “lived in constant fear for 46 years, worried about what the NYPD and FBI would do to his family if he had told the dark secrets that he held that helped destroy Black leaders and Black power organizations.”

The letter described how Raymond Wood, while working as an undercover NYPD officer, was assigned to a unit that infiltrated civil rights groups in search of illegal activities so that the FBI could arrest their leaders.

The Washington post reported that on February 1965, according to the letter, Wood’s supervisors had him lure two key players on Malcolm X’s security team into a plot to bomb the Statue of Liberty. Four people were arrested on Feb. 16 on charges that they sought to blow the head off the structure, and Wood was credited on the front page of the New York Times for infiltrating the group.

According to the letter, Wood’s supervisors threatened to charge him with false crimes if he tried to resign so he was forced to go along with the conspiracy.

“I participated in actions that in hindsight were deplorable and detrimental to my own black people,” the letter read. “Under the direction of my handlers, I was told to encourage leaders and members of the civil rights groups to commit felonious acts.”

This is the standard operating procedure when authorities infiltrate groups. We’ve reported on cases of the FBI giving explosives to groups in order to catch them in the act.

On June 6, 1964, FBI Director J. Edgar Hoover sent a telegram, which later became public, to the FBI office in New York City that said “do something about Malcolm X.”

Apparently, something was done.

The goal of these swamp creatures is to disarm the people of the United States, and if they have to kill innocent Americans to accomplish this goal, that is exactly what they will do.

Too bad those folks inside that supermarket had fallen victim to the nonsensical philosophies promoting gun control by the radical left. If only a few of those shoppers had been armed, the outcome in Boulder could have been much, much different.

P.S. I have three products that I believe are critically important to the understanding of the right to keep and bear arms.

The first is a book that my attorney son and I co-authored entitled To Keep or Not To Keep: Why Christians Should Not Give Up Their Guns.

This book is written primarily from a Biblical perspective, not a constitutional one. Volumes have been written on the Second Amendment from a constitutional point of view. But our book focuses on the Biblical teaching on the subject.

We scoured both Testaments and cited the verses that Christian pacifists and statists use to convince evangelicals that the right to keep and bear arms is not Scriptural. They are wrong!

Give this book to every friend and relative you know who is confused or ignorant about the Biblical teaching on the subject of the right and duty of lawful self-defense. I don’t know of another book like it.

The second is my message DVD entitled A Biblical Portrait Of The Righteousness And Requirement Of Bearing Arms.

This is a serious study of Genesis 14 and the life of Abraham. This message affirms the Biblical teaching that bearing arms for self-defense—which in the modern world points to AR-15-style rifles and Glock-style pistols—is both RIGHTEOUS and REQUIRED by the laws of God.

The third is my message DVD The Attack Against Our Guns And The Christian Duty To Repel The Attack.

The title is self-explanatory.

As for me, when the day comes that my AR-15 is outlawed, I will be an outlaw. And I will be one with the full assurance that such a decision of conscience is in complete accordance with the Natural and Revealed Laws of my Creator.