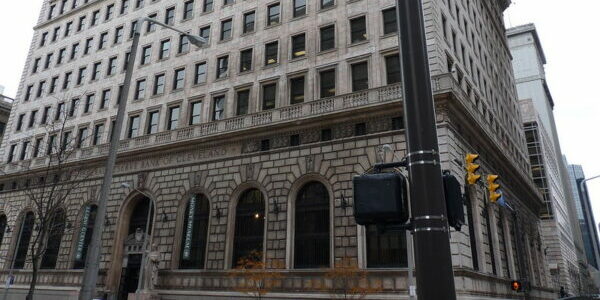 The US Senate will soon vote on Federal Reserve Chairman Jerome Powell’s nomination to a second term. One of the senators opposing Powell is Elizabeth Warren. I don’t often agree with Senator Warren, but I do agree with her assessment that Powell is “dangerous.” However, Warren actually doesn’t understand what makes Powell, or any Fed chairman, intrinsically dangerous to liberty and prosperity.

Warren thinks Powell is dangerous because she thinks he will not be supportive enough of imposing her desired new regulations on banks and other financial institutions. Senator Warren, like most progressives, clings to a fantastical notion that regulations benefit workers, consumers, and small businesses. The truth is most regulations benefit large corporations by imposing costs that big businesses can easily absorb, but that their smaller competitors cannot.

Powell is a threat to the American people. Under his tenure, the Fed has kept interest rates at or near zero. The Fed’s balance sheet has grown to over eight trillion dollars. This has caused prices to climb at a rate America has not seen in several decades.

At his nomination hearing before the Senate Banking Committee, Powell reiterated the Fed’s intention to fight inflation by reducing its monthly 120 billion dollars purchase of Treasury and mortgage-backed securities. Powell also stated that the Fed is planning to increase interest rates this year. However, even if the Fed follows through on this, interest rates will remain at historically low levels.

Powell, like Elizabeth Warren and other progressives, dangerously believes that the Fed should go “woke.” However, Powell is still not “woke” enough for progressives who lobbied President Joe Biden to replace Powell with Fed board member Lael Brainard, the biggest supporter of Elizabeth Warren-style regulations on the Fed board. Brainard is more committed than Powell to using monetary and regulatory policies to advance the “woke” agenda. President Biden did end up nominating Brainard to become vice chairman at the Fed.

A Powell-Brainard Fed would likely use “social and climate justice” as a justification for expanding the Fed’s easy money policies. President Biden has recently nominated Sarah Bloom Raskin to the Fed board, who also has advocated for the Fed to use its power to fight climate change.

A central bank committed to the social justice and climate change agendas will inevitably increase the Fed’s “inflation tax.” Contrary to the claims of some progressives, lower-income Americans are primary victims of this hidden and regressive tax.

Powell prefers to push his rather zealous and extremist philosophies behind the scenes. Thus, not surprisingly, he is a leading opponent of Audit the Fed. Powell claims that bringing transparency to the Fed’s conduct of monetary policy would somehow jeopardize the Fed’s independence. Powell’s claim is truly fake news. There is nothing in the Audit the Fed bill giving Congress or the executive branch any new power over monetary policy.

Any group of individuals given the power to manipulate the money supply, and manipulate the interest rates that are the price of money, poses a threat to our liberty and prosperity. The solution is not to replace Powell with a “better” Fed chairman, or to force the Fed to follow a “rule” that still allows it to erode the dollar’s value. The only way to protect the people from dangerous individuals like Jerome Powell, Lael Brainard, and the rest of the Fed board is to audit and then end the Fed.