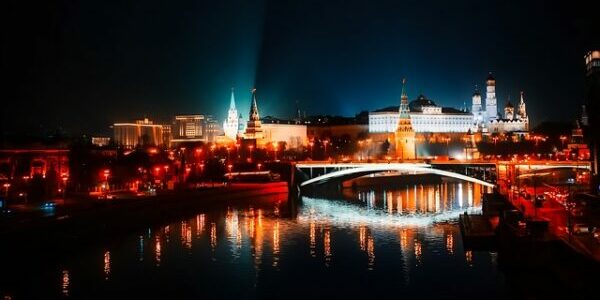 Americans Do Not Know That January 10 Is An Important Day: Accommodation or Conflict?

The Kremlin has expressed concern about Russia’s security when surrounded by US bases and made it clear that Washington must address Russia’s concern. But will Washington? Indeed, can Washington?

The domestic policy is to demonize the majority white population as “racists” and “domestic terrorists.” The foreign policy is the use of threats and coercion to create the maximum number of enemies for the sake of the military/security complex’s budget and power.

The American propaganda ministry is so successful that the deep state believes its own lies. Here is Anne Applebaum playing deep state music for patriotic ears in The Atlantic.

“Alarm bells are ringing,” asserts the presstitute Applebaum, “because of the public behavior of Russian diplomats and officials, including President Vladimir Putin, who have spent the past couple of weeks accusing the United States and its allies of nonexistent aggression.” For Applebaum, it is not aggression for the US to overthrow a democratically elected Ukraine government living at peace with Russia, to arm the nazified replacement government put in office by Washington, and make the Washington-created enemy of Russia a NATO member so that the US can have nuclear missiles on Russia’s border.

According to Applebaum or whichever deep state functionary wrote the article for her, this is all a Putin fantasy. The real truth, says Applebaum is that “the sole aggressor in the region is Russia.” The deep state’s line expressed by Applebaum is that Putin intends “to destroy our alliances,” to “undermine all democracies,” to “break up NATO. Destroy the European Union, Remove American influence from Europe and everywhere else, forever.”

Whew! What an agenda. I am reasoonably well informed, and I have never seen Putin say a word about this. All Putin has said is that the” West makes us feel threatened, and we would like for you to stop.”

Applebaum’s article is a compendium of the lies that are the foundation of US foreign policy. These lies constitute the mindset of the US foreign policy establishment, a collection of Russophobes wallowing in the hubris of “American exceptionalism.” The entire point of the Applebaum article is to block White House attention to Putin’s demand that Washington respect Russia’s security concerns.

So, what will be the consequences? Biden is only partly there. He is not a player. The situation is over his head. Who will hand Biden his response to Putin on Monday, January 10?

Considering the zionist neoconservative influence over US foreign policy–Undersecretary of State Victoria Nuland, for example–Biden will be scripted to convince Putin that we hear him and will continue, indefinitely, to weigh the matter.

If Putin, needing to present the meeting as a “success,” accepts Washington’s avoidance of the issue, Washington will gain more time to find other ways than Kazakhstan to cause border problems for Russia.

If Putin and the Kremlin, despite the pro-Western Atlanticist Integrationists in the Russian media, Russian universities, and government itself, see through the ruse, they will conclude that Washington’s intent is to worsen Russian security concerns.

If Putin and Lavrov conclude that negotiation is useless when dealing with the West, there is the possibly that the Kremlin will turn to its superiority in force and the US bases in Ukraine, Poland, and Romania could be at risk.

Applebaum’s article indicates that the US military/security complex has a hard and unrealistic attitude toward Russia’s security concern. If diplomacy fails, force emerges.