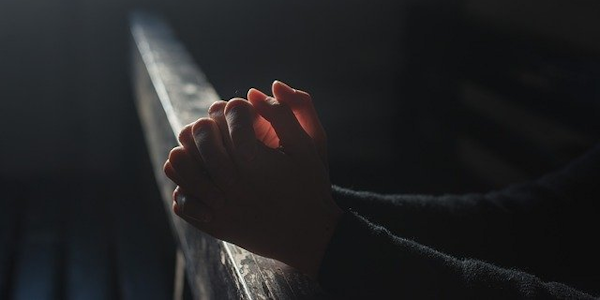 “Now while Paul waited for them at Athens, his spirit was stirred in him, when he saw the city wholly given to idolatry” ~ Acts 17:16

Many Christians recently received a double whammy of blasphemy and idolatry because the Fourth of July fell on a Saturday this year.

Most churches—and especially conservative, evangelical churches—usually have some kind of a patriotic service on the Sunday before the Fourth of July. If you have the misfortune of attending, there you will see the church building and the grounds around the church decorated with American flags, hear special prayers for the troops and government officials, see military personnel wearing their uniforms to church, recite the Pledge of Allegiance, see veterans recognized, read the church bulletin with an American flag on the cover, see men wearing cross and flag lapel pins, and sing hymns of worship to the state.

What happened this year is that some churches moved their patriotic services to Sunday July fifth since that is only one day removed from the fourth. But not being content with just one Sunday of blasphemy and idolatry, some churches also had in addition a mini patriotic service on the Sunday before the Fourth of July, hence the double whammy.

What ended up happening in some cases is that the church didn’t announce that its patriotic service was being moved. Therefore, Christians who didn’t want to engage in corporate worship of the state who stayed home on the Sunday before the Fourth of July like they normally do were shocked to see idolatry and blasphemy on full display on July fifth when they weren’t expecting it. Their double whammy was different. They missed what probably would have been a normal church service and then had to unexpectedly sit through a patriotic service. Unless, of course, they got up and went back home or did something more spiritual like go to a park or the beach.

If the Apostle Paul were here today, he would see most of the churches wholly given to idolatry; that is, if they were open.

But even in churches that no longer do these things and perhaps even never did any of these things, blasphemy and idolatry was still on full display during their patriotic services.

What makes patriotic services worse this year is that even though we are living through the greatest power grab, the greatest violation of civil liberties, and the greatest destruction of property rights by government at all levels (federal, state, county, city) in all of American history, most churches are still singing hymns of worship to the state and talking about how free America is while our freedoms are disappearing right before our eyes.

See this, this and this.