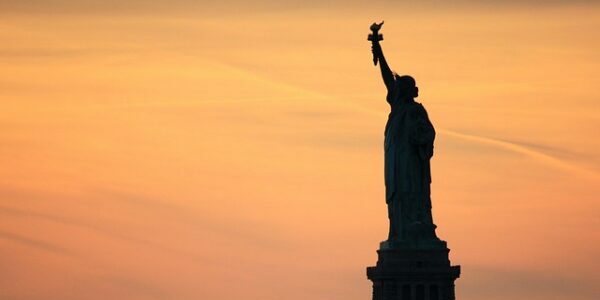 The Laboratory For All Things Tyrannical

Upon the advent of the 21st century, the U.S. began a concerted effort to create a tyrannical police state society. Socialist Europe and former free countries such as Canada, Great Britain, New Zealand and Australia began this effort during the last half of the 20th century and are now deeply in the throes of advancing authoritarianism. And the U.S. is fast catching up.

America’s conservatives’ infatuation with our military and police has blinded them to the way that totalitarians in government (within both major parties) are using our police and military for ever-increasing acts of tyrannical behavior. This is one reason why I keep saying that it is far more important whom you elect as your county sheriff than whom you elect as president.

The other thing that Christians and conservatives are oblivious to is the sheer evil of Zionism. It is fair to say that without their enthusiastic—and blind—support for Zionist Israel, the wicked power and influence of Zionism would not exist.

I realize that many people wish I would leave this subject alone, as it makes them very uncomfortable to have to deal with it. But I spent over three decades proclaiming doctrinal error regarding the subjects of both Biblical Israel and modern (faux) Israel. I’ve since repented of that error, and I am now resolved to spend the rest of my life proclaiming the truth of this subject regardless of cost.

Please take a look at my series of 29 messages in 3 sets of DVDs entitled The Israel Package here.

This series of messages teaches the Biblical truth of Israel (past and present) and demonstrates how Christian Zionism is a fatally flawed doctrine that, at its heart, is a heinous attack against the work of Christ on the Cross and the New Covenant.

Zionism is a parasite. A parasite feeds off its host’s vital organs. It stunts the growth and cripples the body of its host. It dulls the cognitive processes of its host. And if not removed from the body, can even cause the death of its host.

I urge readers to take time to read this outstanding article entitled Christian Zionism as a Parasitic Ideology by Andrew Joyce, Ph.D.

The above article uses the example of how the cognitive processes of evangelicals have been dulled as evidenced in their reasoning during the Donald Trump presidency.

On the whole, evangelicals supported Trump for two main reasons: 1) His rabid support for Israel, 2) His professed opposition to the globalist Deep State. But this is crazy, convoluted thinking. Evangelicals are completely oblivious to the fact that the Jewish Zionists in Israel were and are the founders and builders of the globalist Deep State. Evangelicals’ support for the one enables the success of the other.

Zionism is built on communism and totalitarianism. Actually, communism and totalitarianism are built on Zionism. The Jewish Zionists who created the modern State of Israel (using the wealth and power of Great Britain and the United States) were totalitarians to their very core. For all intents and purposes, the Balfour Declaration created a global headquarters for the spread of totalitarianism throughout the Western world. Simply put, the blood-thirsty authoritarian Bolsheviks in Russia (who were largely Zionists) moved their operations center to the Zionist-conquered land of Palestine.

At this juncture, I strongly urge readers to read the phenomenal book written by Israeli historian Ilan Pappe entitled The Ethnic Cleansing of Palestine.

This book tells the true story of how Israel became a state off the blood, rape and ethnic cleansing of the Palestinian people.

And since cleansing Palestine, it has concentrated its energies into cleansing the United States of our Christian heritage and our constitutional principles of Liberty.

As a result and ever since, Israel has become the laboratory for all things tyrannical. All of the authoritarian stratagems designed to be used against the United States are first introduced and perfected in Israel.

Here is the story:

If Israelis are confused by the fact that their government treats them like laboratory pets, if they wonder why their freedom to travel, to socialise or even earn a living have evaporated, Pfizer CEO Albert Bourla produced a genuine answer yesterday. In an interview on NBC Bourla said:

“I believe Israel has become the world’s lab right now because they are using only our vaccine at this state and they have vaccinated a very big part of their population, so we can study both economy and health indices.”

I have no issue with medical experiments involving humans if the participants are fully aware of all possible circumstances and considerations involved in their consent. This didn’t happen in Israel. By means of ‘green passports,’ the government practically threatens to penalise anyone reluctant to participate in a ‘lab’ experiment for a giant pharmaceutical company with a very problematic record.

The results of this Pfizer-Israeli experiment aren’t necessarily encouraging. Though it may be possible, as some studies suggest, that most vaccinated people have at least short-term protection from Covid-19, no one can deny the astonishing fact that in just 8 weeks of mass vaccination the total number of Covid-19 deaths in the Jewish State almost doubled from the number accumulated in the prior ten months.

Since Israel morphed into a nation of Guinea pigs, a virus that used to prey on the elderly and those with severe health issues has now changed its nature completely.  After just 2 months of a ‘successful’ mass vaccination campaign, 76% of new Covid-19 cases are under 39. Only 5.5% are over 60. 40% of critical patients are under 60. The country has also detected a sharp rise in Covid-19 cases amongst pregnant women, with more than a few in critical condition. In the last few weeks, new-born Covid-19 cases saw a large 1300% spike (from 400 cases in under two-year-olds on November 20 to 5,800 in February 2021).

The evidence collected in Israel points at a close correlation between mass vaccination, cases and deaths. This correlation points at the possibility that it is the vaccinated who actually spread the virus or even a range of mutants that are responsible for the radical shift in symptoms above.

Bourla and PM Netanyahu should make an intellectual effort and explain to us how it’s possible that in Gaza, an open-air prison and one of the most densely populated pieces of land on this planet, the numbers of Covid-19 cases are minimal and without a ‘vaccine.’

If you want to know what the totalitarians have in store for the United States via the phony Covid narrative, look no further than to Zionist Israel. If they get their way, the military police state in Israel is where you will find your future, folks.

I have already written about how the reason so many big-city police departments have begun using police state tactics on the streets of America is due to the fact that many of our law enforcement agencies are being trained by Israelis.

Remember: Israel has no Bill of Rights. It is truly a military police state. It is also no hyperbole to say that Israel is the most racist state in the world. It’s entire religious, cultural, philosophical and political worldviews are predicated on rank racism.

To understand the systemic racism of Talmudic Zionism, I urge you to read Michael Hoffman’s groundbreaking book Judaism’s Strange Gods.

As is so often the case, the words of America’s Founding Fathers give us enlightenment regarding so many principles relating to our liberties. And so they do in this case.

In a letter from Thomas Jefferson to Charles Thompson (Secretary to the Continental Congress) in 1816, regarding the substance of Talmudic teachings, Jefferson said:

They [Platonists] draw all their characteristic dogmas from what it’s Author [Jesus Christ] never said nor saw. They have compounded from the heathen mysteries a system [Talmudism] beyond the comprehension of man, of which the great reformer [Jesus Christ] of the vicious ethics [the Talmud] and deism of the Jews, were he to return on earth, would not recognise one feature.

In a letter to John Adams in 1813, Jefferson said this about the Talmud:

Brucker [German historian], it should seem, has gone deeply into these Repositories of their ethics, and Enfield [British Unitarian minister], his epitomiser, concludes in these words. “Ethics were so little studied among the Jews, that, in their whole compilation called the Talmud, there is only one treatise on moral subjects.  What a wretched depravity of sentiment & manners must have prevailed before such corrupt maxims [in the Talmud] could have obtained credit!”

And remember, in 2014 Israel’s Prime Minister Benjamin Netanyahu declared that the Talmud is the law of the land in Israel.

Netanyahu also promised that “we will define in the law the Gemara as a basis for the Israeli legal system,” referencing the Jewish legal text analyzing the Mishnah, a legal work of the Jewish sages, which together form the Talmud.

Watch my message The Talmud, Chabadism And Noahide Laws, and you’ll understand that Talmudic and Noahide laws are a far greater threat to America than Sharia law.

Published in FAITH, LIBERTY, US and WORLD