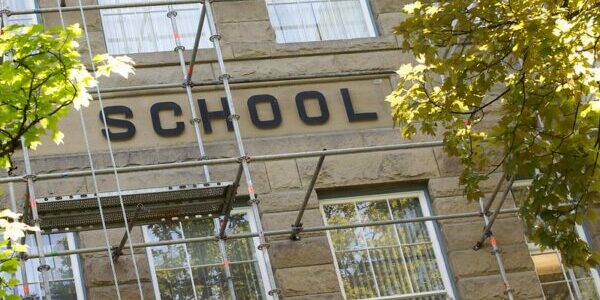 Ed-Exit’ To Protect Your Kids from Critical Race Theory

This is dangerous nonsense. History shows that governments, not free markets, are and always have been the instruments of racial oppression. For example, legislators passed Jim Crow laws because private businesses refused to voluntarily segregate their customers.

Numerous scholars have documented how the welfare state and the war on drugs, as well as minimum wage laws, occupational licensing laws, and other anti-liberty laws, disproportionately harm minorities. Some of these laws were passed with the explicit goal of protecting white workers from competition with minorities.

Public outrage over teaching children that the only way to overcome racism is to sacrifice liberty helped build efforts to pass laws banning the teaching of Critical Race Theory. Some of these efforts are accompanied by advancing mandates that schools promote a “positive” or “patriotic” view of America. This can replace one form of indoctrination with another.

A “patriotic” curriculum could teach children that the change from a constitutional republic to a welfare-warfare state was a victory for liberty. It could also teach that the American government is morally justified in, and capable of, managing the economy at home and spreading democracy abroad. It could teach children lies like capitalism caused the Great Depression.

Instead of arguing over what form of statism government schools should indoctrinate children in, liberty activists should work to replace government control of education with parental control.

The key to this is to restore parental control of education dollars though education tax credits and tax-free education savings accounts. This can enable parents to afford to “ed-exit” from government schools by sending their children to private schools. It can also help parents afford the costs associated with homeschooling. Increased charitable deductions can help fund private education for low-income families. Tax credits can be implementing without increasing the deficit by tying them to legislation closing the Department of Education.

Homeschooling is an increasingly attractive option for many parents. Parents interested in providing their children with a quality education should consider my homeschooling curriculum. The Ron Paul Curriculum provides students with a well-rounded education that includes rigorous programs in history, mathematics, and the physical and natural sciences. The curriculum also provides instruction in personal finance. Students can develop superior communication skills via intensive writing and public speaking courses. Another feature of my curriculum is that it provides students the opportunity to create and run their own businesses.

The government and history sections of the curriculum emphasize Austrian economics, libertarian political theory, and the history of liberty. However, unlike government schools, my curriculum never puts ideological indoctrination ahead of education.

Interactive forums ensure students are engaged in their education and that they have the opportunity to interact with their peers outside of a formal setting.

I encourage all parents looking at alternatives to government schools — alternatives that provide children with a well-rounded education that introduces them to the history and ideas of liberty without sacrificing education for indoctrination — to go to RonPaulCurriculum.com for more information about my homeschooling program.