BORN: May 3, 1952, to Mr. & Mrs. Edwin J. Baldwin in La Porte, Indiana. Chuck’s father, Ed Baldwin, was a master welder by trade and a converted alcoholic. Ed's deliverance from alcohol addiction is one of the great miracle stories of the 20th Century. The international radio program “Unshackled” at Pacific Garden Mission in Chicago produced two dramatic reenactments of Ed's life story. He was an ordained chaplain in the jails and prisons of northern Indiana for over 35 years.

FAMILY: Chuck is married to the former Miss Connie Kay Cole. Chuck and Connie were married on June 2, 1973, after meeting in college. They have three children and ten grandchildren. Their oldest child Sarah is a school teacher and is married to Allan, who owns a structural engineer company. Their son Chris owns a construction company. And their son Tim is an attorney. All three children and their families are active, dedicated Christians.

CALL TO MINISTRY: As a young man, Chuck had decided to pursue a career in law enforcement. His plan was to join the U.S. Marine Corps and afterward begin working as a Deputy Sheriff in La Porte County, Indiana. The Sheriff at that time was family friend, Cliff Arnold. (Arnold later became an Indiana State Representative.) Mr. Arnold had told Chuck that following his tour in the Marines, a position at the Sheriff’s office was waiting for him. All that changed in the summer of 1970 when Chuck answered the divine call to the Gospel ministry at the First Baptist Church in Winamac, Indiana. The pastor was Rev. Larsene "Bud" Hall. As a result, after graduating from high school, Chuck enrolled in Bible College.

EDUCATION: After graduating from La Porte (Indiana) High School in 1971, Chuck attended Midwestern Baptist College in Pontiac, Michigan, for two years. He then married and moved to Lynchburg, Virginia. He enrolled in the Thomas Road Bible Institute (now known as the Liberty Bible Institute at Liberty University) and graduated with his Bible Diploma. He then earned his Bachelor of Theology and Master of Theology degrees from Christian Bible College in Rocky Mount, North Carolina. Chuck received his first Doctor of Divinity degree from Christian Bible College. He received his second Doctor of Divinity degree from Trinity Baptist College in Jacksonville, Florida. On this occasion Dr. Baldwin brought the Commencement Address to a crowd of over 5,000 attendees, including faculty, staff, graduates, students, families, friends and visitors. Dr. Baldwin also served as a Regional Vice President of Trinity Baptist College for many years.

RADIO TALK SHOW HOST: For 8 years (1994-2002), Dr. Baldwin was the host of a lively, hard-hitting radio talk show called “Chuck Baldwin Live.” This was broadcast locally for 6 years and then was syndicated nationally for 2 years. This show was highly successful in helping to elect conservatives to local, state and national offices. “Chuck Baldwin Live” was regarded as perhaps the most influential voice in the Florida Panhandle for conservative, constitutional, Christian principles. Chuck’s guest list reads like a “Who’s Who” from both the local and national scenes.

MORAL MAJORITY LEADER: From 1979-1989 Dr. Baldwin served as Pensacola Chairman and then as State Chairman of the Florida Moral Majority. Chuck often traveled with Dr. Jerry Falwell for meetings and rallies throughout the State of Florida, in Washington, D.C., and even overseas. One Florida rally drew 2,000 people during a driving rain storm. Dr. Falwell featured Pastor Baldwin in his Liberty Journal and also on his Old Time Gospel Hour television broadcast. Chuck's efforts throughout the State of Florida helped to register over 50,000 new voters during the 1980 presidential campaign season and helped to elect several local and State conservative, pro-life legislators, city councilmen, county commissioners, etc. throughout the 1980s and 90s. Chuck was also very instrumental in helping to elect Joe Scarborough to the U.S. House of Representatives in 1994. In 1996, Pastor Baldwin led the Escambia County Republican delegation to nominate Pat Buchanan for President of The United States at the Florida Republican State Convention in Orlando. Escambia County was the only county to NOT nominate Bob Dole.

AUTHOR: Chuck has authored several books. The first is entitled “Subjects Seldom Spoken On” which contains eleven sermons not normally addressed. The second, “This Is The Life,” is a verse-by-verse exposition of the Epistles of John. Numerous theological booklets have also been written by Dr. Baldwin, including the popular “Let’s Look At Legalism." Through his radio program Dr. Baldwin has edited and produced The Freedom Documents. This volume contains over fifty of the most important and influential documents of American history. Nowhere else that we know of can you find these great, historic documents under one title. Chuck and his son Tim have also co-authored two books entitled Romans 13: The True Meaning Of Submission and To Keep Or Not To Keep: Why Christians Should Not Give Up Their Guns.”

NEWSPAPER AND INTERNET COLUMNIST: Chuck Baldwin is a prolific writer/columnist whose articles and political commentaries are carried nationally by a host of newspapers, Internet websites, magazines and periodicals. These editorials are also sent to tens of thousands of subscribers electronically. Readership of Dr. Baldwin's columns numbers in the hundreds of thousands.

MEDIA APPEARANCES: Chuck has appeared on several national television networks. ABC NEWS once filmed his radio broadcast for a feature story. He has appeared on national news shows such as CNN HEADLINE NEWS, Scarborough Country on MSNBC, Anderson Cooper and Lou Dobbs on CNN and Neil Cavuto on FOX NEWS. He has been featured several times on CSPAN. He has also been featured on the DISCOVERY CHANNEL. He has appeared on the GERMAN RADIO NETWORK and the BRITISH BROADCASTING CORPORATION’S television network. Mr. Baldwin was also featured on POTUS ’08, the political news station of XM RADIO. He has been a frequent guest on the ALEX JONES SHOW. Chuck has also been featured in national magazines and newspapers such as ESQUIRE, THE MIAMI HERALD, THE ORANGE COUNTY REGISTER, THE SALT LAKE CITY TRIBUNE, THE LONDON TELEGRAPH, THE WASHINGTON TIMES and THE NEW AMERICAN. Chuck has been interviewed on scores of radio stations all over the country, including THE TED BROER SHOW, GEOENGINEERING WATCH, WE HOLD THESE TRUTHS, HAGMANN AND HAGMANN, Larry Pratt and the GUN OWNERS NEWS HOUR, THE JACK BLOOD SHOW, AL JAZEERA AMERICA, THE GEORGE PUTMAN SHOW, THE AMERICAN FREE PRESS, and ISRAELI NEWS LIVE. He has been featured in Spain's second largest newspaper EL MUNDO as well as THE SYRIAN TIMES and ALMAYADEEN NEWS CHANNEL in Beirut, Lebanon.

MOVIE APPEARANCES: Dr. Baldwin has been featured in 12 full-length documentary films and is currently involved in the production of others. Find Dr. Baldwin's movie database online here.

PRESIDENTIAL NOMINEE 2008: On April 26, 2008, state delegates of the Constitution Party elected Chuck Baldwin to be their presidential nominee during their national nominating convention in Kansas City, Missouri. Chuck won the nomination with a percentage vote of 74% to 24% over Ambassador Alan Keyes. Chuck chose Memphis, Tennessee, attorney Darrell Castle—a former Marine Corps officer and Vietnam combat veteran—to be his Vice Presidential running mate. On Election Day, November 4, Chuck Baldwin and Darrell Castle received more than 200,000 votes, which was a record for any Constitution Party Presidential/Vice Presidential ticket. Chuck was also endorsed by Texas Republican Congressman Dr. Ron Paul during this campaign.

MOVE TO MONTANA: In October 2010, Dr. Baldwin and his entire family and extended family (5 heads of households & 17 family members in all) moved to the Flathead Valley of Montana. In January, 2011, the family started a new fellowship, which is named LIBERTY FELLOWSHIP. This is an unorganized, unincorporated, nondenominational, non-501c3 fellowship located in the city of Kalispell. The current meeting place is the Hilton Garden Inn Hotel Conference Center located on Highway 93 South. The service begins each Sunday afternoon at 2pm Mountain Time. The service is also live streamed over the Internet and is faithfully viewed by thousands of people across the country. The fellowship website is LibertyFellowshipMontana.com. Chuck speaks frequently at events all over the country. Dr. Baldwin has traveled over 1,000,000 miles across the continental Unites States.

DISTINCTIONS: Pastor Baldwin has preached in churches all over the United States and overseas—including in Bethlehem, West Bank, Palestine and in the city of Jerusalem. He has spoken (Chuck’s Speeches) at several notable events including being the keynote speaker at the 50th anniversary of D-Day celebration at Naval Air Station, Pensacola, Florida.

Dr. Baldwin has been proclaimed an honorary member of both the Pensacola City Council and the Women for Responsible Legislation. He has appeared before the Tiger Bay Club as well as several civic organizations. He has also been the guest of honor at a meeting of the Sons of Confederate Veterans. He was also awarded the Bronze Medal of Patriotism by the Sons of the American Revolution.

Twice Dr. Baldwin was proclaimed “Minister Of The Day” by the Florida House of Representatives and by the Florida State Senate. Also, Pastor Baldwin has had audiences with former Presidents Ronald Reagan and George Bush Sr. and Governors Bob Martinez, Fob James Jr. and Jeb Bush, along with countless congressmen and senators. He has also been officially recognized by the Escambia County Florida Sheriff’s Office (Sheriff Ron McNesby) as an Honorary Deputy Sheriff.

Dr. Baldwin sat on the Board of Directors for Gospel Radio Latin America (G.R.L.A.) in Ft. Worth, Texas, and on the Board of Regional Vice Presidents for Trinity Baptist College in Jacksonville, Florida. He received the “National Medal of Patriotism” award from the American Police Hall of Fame and was a volunteer chaplain at the State Prison in Century, Florida. He was also listed in “Who’s Who of the Gulf Coast.” 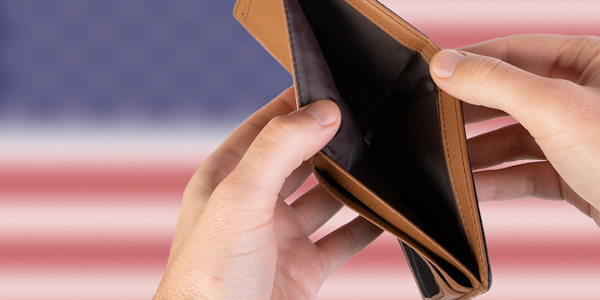 For 16 years, conservatives and Christians railed against presidents Barack Obama and Bill Clinton for the way they exploded the size of government (Obama), ran… 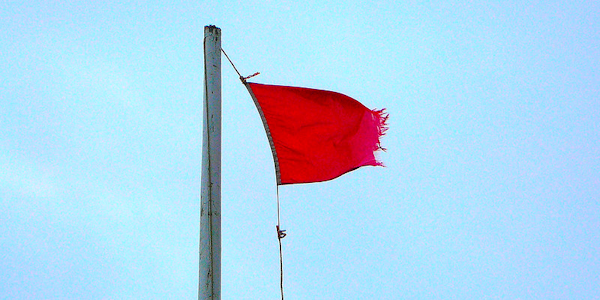 By Chuck Baldwin on March 22, 2018
This Is The Beginning Of Totalitarian Government 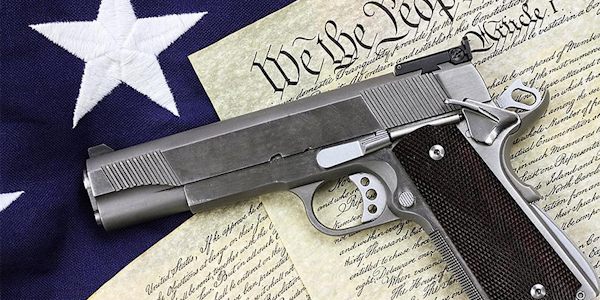 This Is The Beginning Of Totalitarian Government

By Chuck Baldwin on March 15, 2018
Trump Opens Door For Gun Confiscation In America 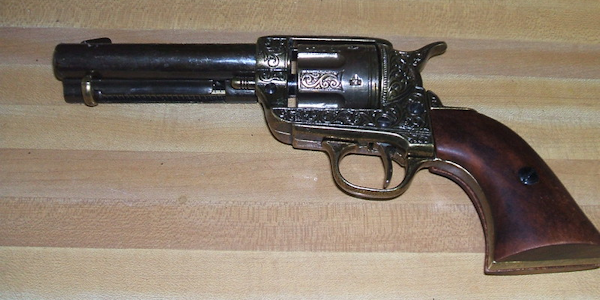 By Chuck Baldwin on March 8, 2018
Florida School Massacre Proves Police Are Worthless In Protecting Us 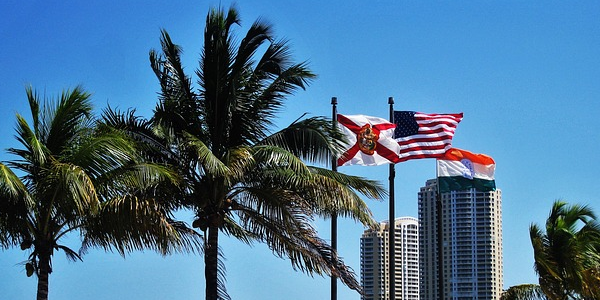 Florida School Massacre Proves Police Are Worthless In Protecting Us 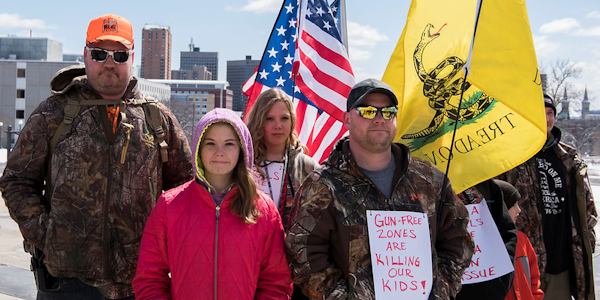 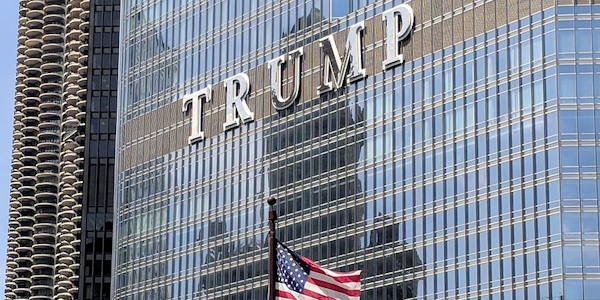 The Trump Presidency: A Repeat Of G.W. Bush?

By Chuck Baldwin on February 15, 2018
Fifty Years Of Occupation 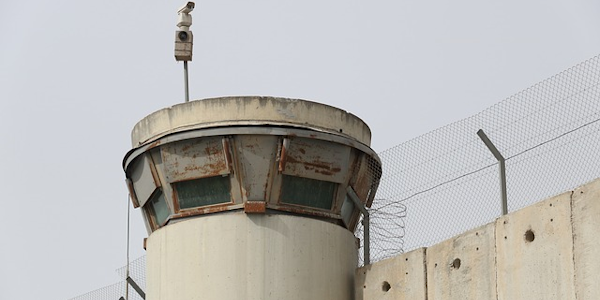 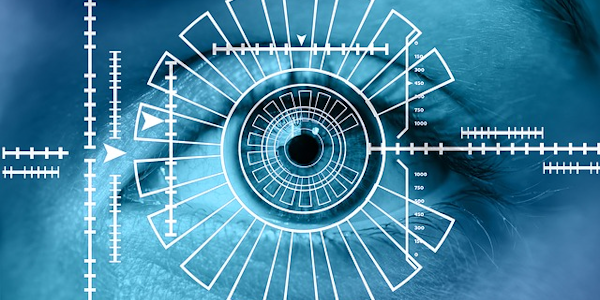 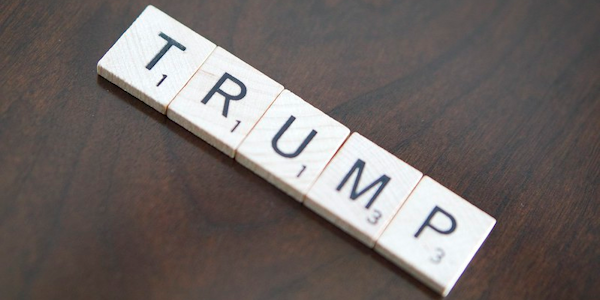 “Donald Trump Is A REAL Man”

By Chuck Baldwin on January 25, 2018
Forty-Five Years Of An American Holocaust 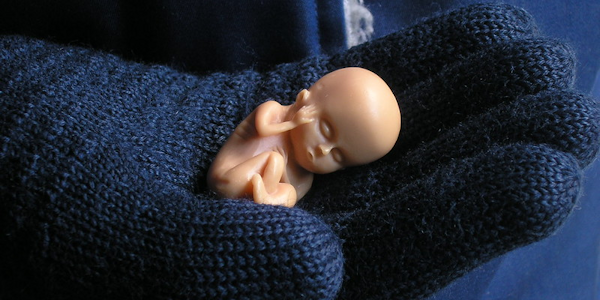 Forty-Five Years Of An American Holocaust

By Chuck Baldwin on January 18, 2018
Collusion With Russia Was Never The Crime 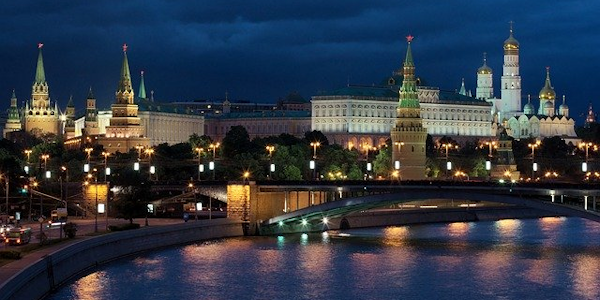 Collusion With Russia Was Never The Crime