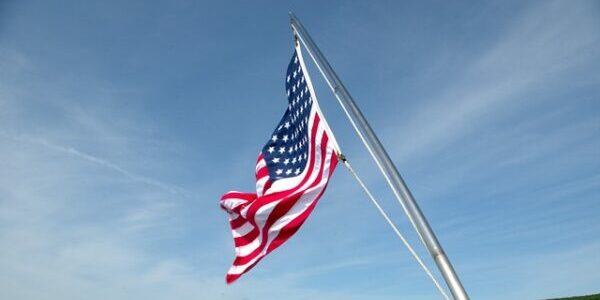 America Is Erasing Herself

In the event you are unaware that insanity now encompasses the US Supreme Court, the Court ruled in 2020 with only three dissents that a person’s gender is self-declared and unrelated to biological fact. The consequences of the Supreme Court’s elevation of fiction over fact are now showing themselves.

A female middle school child declared herself to be male, but the school prevented her from using the boy’s locker room. A naked girl showering with naked males was not the school’s idea of family values. However, a local court in Blue Springs, Missouri (57,000 population) ruled that as the girl said she was a boy, she had to be believed. The school had singled her out on the basis of her female genitalia and ruled that she was female and not eligible for the boys’ locker room. This decision based on biological fact the jury decided was discrimination and awarded the girl $4 million dollars. https://www.rt.com/usa/543444-missouri-school-transgender-bathroom/

This is a good example of what I mean when I say that in the US facts no longer matter. A country in which counterfactual claims take precedence over fact is a country soon to be bereft of scientific and technological capability.

Facts no longer matter across the spectrum from history to law, from language to mathematics. In America, law is whatever a prosecutor decides. For example, a federal prosecutor has decided that it is espionage for a non-citizen outside the country to publish leaked documents, as journalists have been doing for decades. The law being applied to Julian Assange does not exist on the US law books. But it doesn’t matter as law is whatever a prosecutor says, just as a person’s gender is whatever the person declares. Glenn Greenwald Explains How Truth, Law, and Justice are Overwhelmed by Deliberate Disinformation: https://greenwald.substack.com/p/the-real-disinformation-agents-watch?token=eyJ1c2VyX2lkIjoyMzM4MTg3OCwicG9zdF9pZCI6NDU1Nzg0NjQsIl8iOiJtTUJ0MyIsImlhdCI6MTYzOTY3MTcyNSwiZXhwIjoxNjM5Njc1MzI1LCJpc3MiOiJwdWItMTI4NjYyIiwic3ViIjoicG9zdC1yZWFjdGlvbiJ9.oh0_jj2_xj6Q5HaiRiZn2jAqRBSBdC5DKecLswJ2pEw

The English language has the largest vocabulary and is the most expressive. But according to the Woke imbeciles, this makes it oppressive. The Woke program is to shrink the language until all oppressive elements, such as gender pronouns, are eliminated. Once we no longer can know if it is a he or a she, a mother or a father, a grandmother or grandfather, aunt or uncle we will no longer be oppressed.

The new history is also free of factual basis. Wars are about whatever issue an organized interest group finds serves its interests. Critical Race Theory is a theory that specifies the facts, not a theory based in facts.

Mathematics is racist. That 2+2=4 is a white racist construct. This reduces mathematics to systemic racism.

Disrespect for facts is the hallmark of tyranny. Educational systems are the institutions that enculturate people into society and pass on its values. It is how a society and a culture survive as a country lives and develops in time. Today enculturation has been replaced with alienating youth from the society and culture that is their birthright. Instead, they are taught that their culture is evil and has a long history of crimes against humanity. Indeed, the New York Times 1619 Project teaches that the United States was founded on racism. The so-called “Civil War” is explained as the North’s attempt to cleanse itself of its own racist sins by projecting them upon the South.

When a country’s universities are against the country, sooner or later the people will be so also. Universities train leaders and educators who take the training to children. It is entirely possible to completely revolutionize and destroy a society through its educational system. That is what is happening in the US and UK. The two societies are erasing themselves. There is very little left.